Worst Country Songs of the 90s 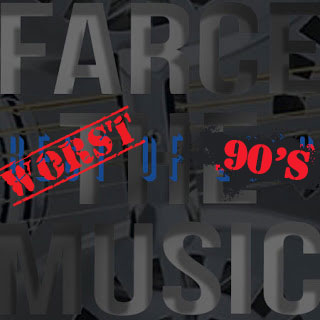 By Bobby Peacock a.k.a. TenPoundHammer

"Bad Dog, No Biscuit" by Daron Norwood
With its cheesy "dog" metaphors beaten into oblivion (including "throw me a bone" twice) and its off-key shouted vocals, this one is just painful to listen to. Orville Reddenbacher has made product less corny than this. (Fun fact: One of the writers of this song has no other entries on BMI.)

"Black Velvet" by Robin Lee
I actually liked this song until I heard the original by Alannah Myles. Then I realized that Robin Lee's version is just a cheap karaoke knockoff with none of Myles' smoldering passion. Why didn't Atlantic Records just release Myles' version to country radio instead of this version that's watered down to the point of losing all its flavor?

"Breathe" by Faith Hill
Overwrought, overplayed pop sludge without any flavor, country or pop. I was never the biggest Faith Hill fan, but this is the point where she pretty much lost me for good. Literally the only good thing to come of this was my favorite Cledus T. Judd parody, the absolutely hilarious "Breath." 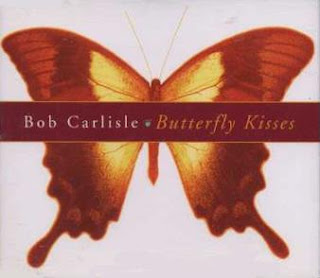 "Butterfly Kisses" by Bob Carlisle
Another bombastic, strident CCM entry with an overly saccharine set of father-daughter lyrics. What makes this even worse is that, while Carlisle's version is utterly unlistenable, the Raybon brothers somehow managed to salvage it by the strength of Marty Raybon's voice alone. Can you believe this is the same guy who wrote "Why'd You Come in Here Lookin' Like That?"

"Daddy's Little Girl" by Kippi Brannon
Not bombastic, not strident, not CCM, but still overly saccharine father-daughter lyrics. This song has one of the most disjointed meter and rhyme schemes imaginable. Even its timeline is off -- it jumps from little girl to wedding, then back to teenager. At least Kippi had a good voice, but she just never really managed to match it with anything worthwhile.

"Dancin', Shaggin' on the Boulevard" by Alabama
Overly repetitive melody that goes nowhere. Verses that are too damn long. Excessive name-dropping at the expense of a story. The whole album proved that Alabama can't pull off any soulfulness whatsoever (okay, "Sad Lookin' Moon" was good). If you want this song done right, just listen to "Tar Top."

"Don't Give Us a Reason" by Hank Williams Jr.
I took "American Boy" by Eddie Rabbitt off this list because I felt it was sincere enough. This, on the other hand, is just a clueless right-wing anthem shouting at Saddam without knowing what he's talking about ("take your poison gas, stick it in your sassafras"?!). I feel that this laid the ground work for all the MURICA songs that came out after 9/11. It's basically the "Iraq and Roll" of the 1990s, except easier to find. 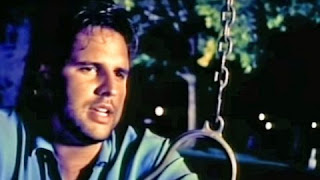 "Don't Laugh at Me" by Mark Wills
One of the frontrunners in the late 90s-early noughties "Chicken Soup for the Soul" movement. Saccharine and manipulative as all get out, this song did nothing but infuriate me even then with how over-the-top it was. And I was "a little boy with glasses / the one they call the geek" at the time it was released.

"Easy as 1, 2, 3" by The Spurs
Never heard of this one, huh? Well, it got to Top 20 in Canada. Literally the only place you can listen to it is the lead singer's Soundcloud ( https://soundcloud.com/user-897794179  ). Cheap bar-band sound, clashy and off-key lead vocals, dopey lyrics, and a husband-and-wife duo that nobody remembers. I get why CanCon laws exist, but man did they turn up some stinkers now and then. 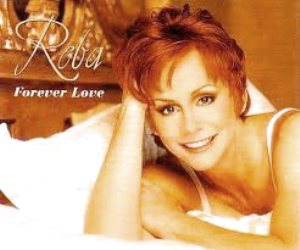 "Forever Love" by Reba McEntire
Reba tries to get her Celine Dion on and misses big time. That's really all I can say, because every time I listen to this song, I forget it again about 10 seconds later.

"Holes in the Floor of Heaven" by Steve Wariner
Another song with a saccharine metaphor that's easy to, forgive the pun, poke holes in. If there are holes in the floor of Heaven, does that mean the angels will be constantly falling through the holes and crash-landing back on Earth? Why do the writers of these kinds of songs never think their metaphors through?

"How Do I Live" by LeAnn Rimes or Trisha Yearwood
Just like any other Diane Warren song, this is just cliché after cliché. How do I live, how do I breathe, I can't go on without you, blah blah blah, I've heard this exact song 600 times before. Unlike "Butterfly Kisses" above, I feel that neither singer is able to rescue the material in any way and both versions just come across as flat and dull.

"I Don't Want to Miss a Thing" by Mark Chesnutt
The one exception to the Diane Warren rule is "I Don't Want to Miss a Thing" by Aerosmith, because come on, it's freaking Aerosmith. But giving a hard-rock song to a honky-tonker like Mark Chesnutt is one of the most mismatched cover songs this side of the Oak Ridge Boys doing "Seven Nation Army." Chesnutt sounds uncomfortable and heavily Auto-Tuned, and just plain doesn't work. And to his credit, he admits this was a mistake.

"I Love You" by Martina McBride
My 2000s list has a lot of Martina-bashing, I know. This one I hate for the opposite reasons: her twee, childish lisp (supposedly based off how the demo singer sang it) is unbearably cutesy, and actually makes me wish this song had been a belt-fest for a change. Also, if your hook is just "baby, I love you", you might wanna try just a little harder.

"I Will Stand by You" by Corbin/Hanner
Corbin/Hanner's "Work Song" is one of my favorite lost treasures of the 90s. But this is just a syrupy and uninspired pop love ballad that sounds like a very, very poor-man's Bryan Adams. I guess I should have expected some cheese from one of the guys who wrote "Lord, I Hope This Day Is Good", but man was this ever a letdown after something so enjoyable as "Work Song." 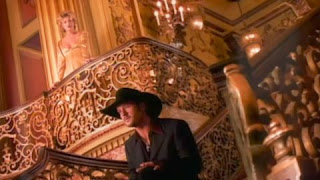 "It's Your Love" by Tim McGraw featuring Faith Hill
Yet another cheesy, boring, cliché love ballad the likes of which propagated in this era. As the song that celebrated their marriage, I never understood why it was just a backing vocal and not a full-fledged duet. That at least might have given it some dynamic, but instead it just feels dull, with no spark whatsoever in the lyrics or performance.

"Love Can Build a Bridge" by The Judds
That cheesy, overwrought metaphor (walk all the way across the desert to give someone a crumb of bread) sets the bombastic and hyperbolic overtones for the rest of the song. (Also, how do you "whisper love so loudly"? After a certain volume level, it's not whispering anymore.) Didn't we leave this kind of overly cheery feelgood cheese back in the 70s?

"Mama's Little Baby Loves Me" by Sawyer Brown
Sawyer Brown at their most insipid. Take the obvious mama's little baby/daddy's little girl tropes and do nothing with them except establish that mama's little baby loves you. (Also, danger/saving is not a rhyme.) I gotta give credit where credit is due: I thank god that Mac McAnally discovered these guys and salvaged them.

"Redneck Son" by Ty England
Damn it, Bob Carlisle, I didn't want you to be on here twice. But yeah, he came up with this doofy joke of a song full of good ol' boy tropes. Daddy works the farm, Mama works the Dairy Queen, the narrator wears a Stetson and kissed Mary Lou Macadoo behind the barn. Oh, and let's not forget that pitiful hook, "I'm a redneck son of a redneck son." Just another one of the dregs of the "hat act" era. 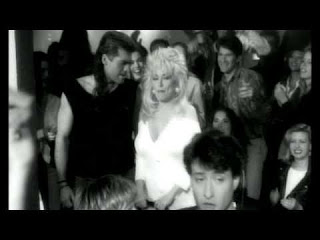 "Romeo" by Dolly Parton and Friends
Not one, but four women slobbering hornily over Billy Ray Cyrus. How did Kathy Mattea, Pam Tillis, and Mary Chapin Carpenter -- three women who rarely if ever went for the cheese factor -- get roped into this? It's actually quite hilarious in how God-awful it is.

"Somebody Slap Me" by John Anderson
A runner-up to Miss Oklahoma who likes chili and does her own plumbing, huh? Could you get any more cartoonishly corny? This was the last single written by the legendary Bob McDill, and the last top-40 hit for John Anderson to date. What a way for both to go out.

"Workin' for the Japanese" by Ray Stevens
Ray Stevens is one of my childhood favorites. But this is just flat-out offensive: it uses the Oriental riff, women singing "ah so", and the "Japanese mix up L's and R's" pronunciation to drive home an over-the-top message about the influx of Japanese content in the US in the early 90s. It all seems too straightforward to be satirical, and judging from his political material in the 21st century, I fear there may actually be a racist old man under the comedic exterior.