Livin’ on Cold Pizza: A Conversation with Sam Morrow

As awful as 2020 has been, it’s been a great year for independent music. And as we enter the home stretch, Los Angeles-based Texan Sam Morrow does his part with today’s release of Gettin’ By On Gettin’ Down on Forty Below Records. Steeped in the rich history of Southern California rock ‘n’ roll, Morrow’s fourth full-length LP is rooted in grease, grit and groove.

There's hardly an acoustic guitar in sight; instead, amplifiers and guitar pedals rule the roost, with everything driven forward by percussive rhythms that owe as much to R&B as country music.

The late Tom Petty tagged his “Buried Treasure” radio show on SiriusXm as “The very best of rock, rhythm and blues.” He could have said the same thing about this very album. T.P., God rest his soul, would have loved this record. It’s blistering and groovy, and the best indie rock record since Whiskey Myers’ self-titled 2019 effort. It’s certainly the best rock album this year.

We caught up with Mr. Morrow a while back to talk about the unconventional writing approach he took this time around; how music can and should be a refuge these days; and the benefits of being paid in currency rather than exposure.

The Little Feat vibe is strong in you. There’s even a reference to “Sailin’ Shoes” in the last verse of “Rosarita,” the album’s opening cut. How did Lowell George come to have such an impact on you?

Man, I didn’t even get hip to Little Feat until six or seven years ago, but as soon as I discovered them and Lowell [George], the thing that stuck out to me was the way they melded styles. The way that they take country, zydeco, rock ‘n’ roll – and a bunch of other stuff too – and just meld it…and Lowell, well, his guitar playing is my favorite and his voice is very underrated. You don’t realize how good his voice is until you try to sing his songs.

And the band…Richie on drums is one of the most melodic players I’ve ever heard, if that makes sense. But you could tell that he just really listened to the rest of the band. And that’s what I think makes a really good drummer.

I saw a documentary about Lowell a few years back and found out he actually tuned his guitar up a full step. And I thought, Yeah, that makes sense. It produced that signature, sort of warbling, high-pitched slide sound. I hear a lot of it in “Wicked Woman.” Did you – or the studio band -- do any innovative stuff with your guitars and/or rig setups for this album?

We spend a lot of time with our guitars, looking for tones. I’m kind of a “tone-hunter,” I guess; I like to sit down with guitar players and experiment with different tones before we start recording. One of the things that Lowell did – sort of his signature thing – he used serial compression on his slide stuff. He’d stack two pretty standard compressors on top of each other, so one is actually compressing the other. That’s how he got those really long notes while he was playing slide.

So we did a lot of creative stuff with compression and pedals and different tunings, for sure. 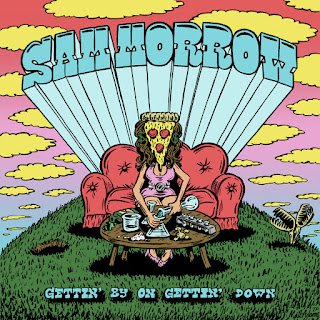 Your drummer, Matt Tecu, sent you a series of beats that you then wound into songs. That’s an interesting – and maybe a little counterintuitive – approach to songwriting. Of the nine cuts on the album, how many would you say had that genesis?

Ah, I’d say at least half; I’d have to go back and look. I wrote these songs over the last couple years. What had grabbed my interest during that time was grooves: Little Feat, for instance, used so many different grooves in their music. And bands like The Allman Brothers and Lynyrd Skynyrd – they had lots of grooves, too. I guess I just wanted to turn the songwriting process on its head and go at it from a different angle. Playing in a band with a cool groove makes it fun, know what I mean?

I’m curious about the process…You’ve got these beats. Do you then drop in a guitar riff? Is there a lyrical phrase you start repeating? How does that work?

Most of the time it was a groove or a beat, and I’d play guitar over it, looking for the progression that sort of fit. Then I’d sing a melody over that. Lyrics usually came last with me, for whatever reason. That’s typically how it would go.

You’re a Texan transplant in Los Angeles. I’m sure it’s not unheard of, but a Texas musician moving to California for career enhancement isn’t typical. What was your motivation to move?

Nah, it wasn’t career enhancement; it was a life change for me. I got sober about nine and a half years ago, and came out here to go to rehab and just sorta stayed. I just haven’t left yet; I’ll probably end up back in Texas at some point, but LA has a really cool and interesting music scene. It’s so diverse. I tell people that you can “find your pocket of people” here, which I have. I’m here for now, man.

“Quick Fix,” from your 2018 album Concrete And Mud, made it into an episode of Showtime’s Billions. Did you get any sales/publicity bump as a result?

Uh…not really. I got a check. (Laughs) It was fun, having my music playing in the background. I like Billions. It’s a really cool show. The creator, Brian Koppelman, and I have become friends. It was really cool. I’m not really sure about the exposure…it was a nice check. And I’ll take that, since I usually get paid in exposure. I’ll take money from time to time. (Laughs)

You should probably send this record to the music supervisor for Yellowstone; that show moves musical product.

Yeah, I know! I’ve been hearing such great things about that show. Do you watch it?

I kinda have a love-hate relationship with it. There’s great scenery, great music and some really good characters. The writing…let me put this diplomatically: It’s perfectly geared toward Kevin Costner’s acting skill set.

I cringe at the dialogue, but got hooked into the show on Episode One because the first music I heard was a Whiskey Myers song.

Don’t write off the idea; pitch them!

You said that on this album you wanted to make “funky, layered rock where it's not just the songwriting that's important, but the presentation, too.” In roots-based music – for lack of a better term – it’s typically the songwriting that’s first among equals. Could you expand a little bit on striking a balance between lyrics and presentation/production?

I just feel like one of the most fun things about making music is the actual production of it. Being in the studio, experimenting with sounds; that’s what’s really fun to me. And I think in roots music/Americana music, there’s not enough of that. So I just wanted to strike a balance with that. A lot of times I’ll refer to Americana as “Genericana.” 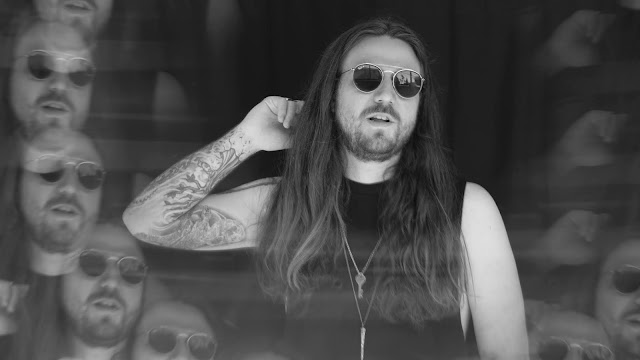 Yeah, it’s just like the same acoustic guitar, the same flowing electric guitar. I mean, I get it; I’m not saying it sounds bad. But I just tend to get tired of stuff quickly. Sh*t, I’m already bored with this last record I made! I probably shouldn’t say that, and I don’t mean it in a bad way. I’m just one of those people who has to change to keep his interest up. I’m always exploring.

But yeah, I think more people in roots music should do a little more experimenting. And I hope I did some of that on this record.

Concrete And Mud was sprinkled with lots of topical and societal themes. Two years later, is there any sort of big-picture takeaway you want listeners to have?

You know, man, I think listeners are given enough themes…they’re just getting so much bullsh*t right now, being on Facebook and being online. It’s like you can’t have a conversation with somebody without hearing about politics. I just wanted to stay away from that and be – for lack of a better word – a refuge from it. Because I’m f*cking tired of it. All I want is a president I can wake up and not hear about…

…and it’s not that I’m not sympathetic or empathetic to it. I have my own views. But I’m just tired of it, man. That’s kinda where I came up with the name “Gettin’ By On Gettin’ Down;” what gets me by is music, and that’s the kind of record I wanted to make.

I just wanted to make a fun record.

And man, did he ever. This one will be in your heavy rotation for a while.

Gettin' By on Gettin' Down is available on Amazon, Bandcamp, Apple Music, etc.