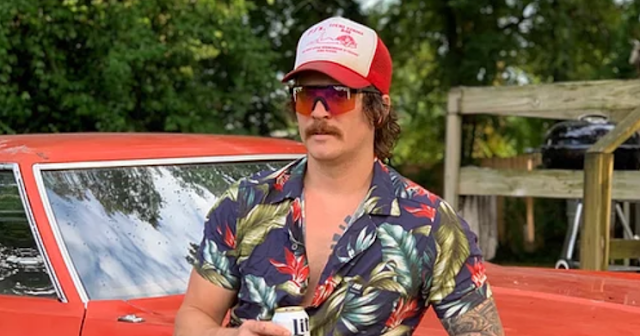 Blood, Sweat and Beers, the Georgia native’s sophomore album, is a brassy, ballsy celebration of the roll-up-your-sleeves work ethic that's steered his entire working life. Ironically, it comes as life threw him a curveball on the cusp of a career change. Following his 2018 album, Bad Seed, Leines (pronounced like the blanket-toting kid in Peanuts) made the decision to transition from welder to full-time musician. “I miss the smell in the air and the holes in my shirt/Working for dimes but my heart is full,” he sings in “Good Time.” A pandemic intervened, and live music went away.

Leines adapted, as befitting a life on an unlikely path to musical stardom.

For years, he's described his sound as "if Skynyrd and Cash had a baby," although Blood Sweat and Beers explores the wider orbit of country-rock, too. The Skynyrd influence is palpable. “Obviously they’re a big inspiration, but there are a lot of others who’ve influenced my direction,” Leines says.  “I never really wanted to be put in one vein. But the Southern elements in my background – combined with living in L.A. the past eight years – that actually drew me closer to the region where I’m from.”

His path to Southern California was a roundabout one. A military brat, Leines lived all over the country before returning to his native Georgia to graduate high school in 2008. He spent five years as a whitewater rafting guide, then transitioned to a welder/fabricator’s life. The South was never far below the surface, and his time in L.A. pulled it forth musically.  “I’m more in tune with it than if I’d lived in the South all along. It’s like I’m painting a picture of what I miss, or maybe explaining to people – sonically -- who may not understand what I’m talking about,” he says. 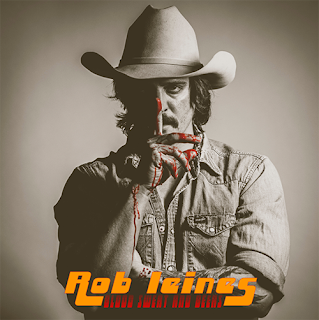 Blood Sweat and Beers is country music with a blue-collar rock & roll pulse — a sound that blurs the lines between genres, one amped-up anthem at a time, and belongs among the ranks of recent offerings from Whiskey Myers, The Vandoliers and Tyler Childers.

"Patty Lynn" is a murder ballad fit for campfires and front-porch pickin' parties, "Hold On" is an acoustic love song, and "Good Time" spotlights Leines at his funkiest, trading the amplified twang of Bad Seed for something soulful and greasy. At the center of Blood Sweat and Beers, though, are songs that rip, riff, and roar, from "Bailing Hay" — a four-on-the-floor rabble-rouser that's equal parts ZZ Top and Waylon Jennings — to "Southern Breeze," an autobiographical anthem that salutes Leines' homeland.

After running through this album a couple of times, the listener is struck by how short a time he’s been doing this.  “I’ve done a lot of different things. I started playing guitar when I was about 15, but didn’t do too much with it; I had a metal band for a while in high school, but nothing serious,” Leines says. ‘Then I was a whitewater raft guide for five years and got really into kayaking. And then of course, I got into welding. But I had never written songs. So, I started going to open mic nights. I had never played in front of people before, so I just kept doing it; it made me feel vulnerable, and I wanted to get over that fear. And it just kind of turned into what it is now.”

Yes, he played his first open mic in 2015. Something else remarkable when scanning the liner notes: there are no other guitarists credited. It’s the front man doing all that shredding. He and his touring band got creative during Blood, Sweat and Beers’ recording.

“We did everything together as a trio, playing in The Big Room, a place in L.A. And we kept the bass and drums and re-tracked the guitars – mainly so I could get the tone I wanted,” he says.  “We actually stuck my amp in a closet. That’s where the fun really started for me: getting on the other side of the glass and having that new perspective. I produced the record along with the engineer, and I was going for a really honest representation of what we sound like when we play live.”

On a record full of gems, “Curse The Sun” is a favorite that evokes Childers’ “White House Road” with it is relentlessness.  “For this album I just decided that I was gonna – excuse my language – do whatever the f*ck I want and make use of my rock ‘n’ roll background,” Leines says.  “That song combines space and story, and I’m really big on riffs. It’s another song just written in the moment, with a long guitar instrumental. I love the heaviness of it; hard rock with a little twang.”

It’s emblematic of the entire album, one that was made on an improvised schedule. “I would say five or so of these songs were pretty much written by the time we went to record, but the recording was a continual process,” Leines says. “We had such a heavy touring schedule that we had to grab studio time when we could. So other than those five, the others were just sporadically written on the road. And you can definitely tell.”

More time on the road was a big part of the plan until, again, Covid-19 intervened. Leines and his band had played around 230 dates a year in 2019. Unlike most musicians, he had a fallback. Befitting his Southern roots, he sees the blessing.

“I worked for a great company and had a great career in my mid-20s, and I don’t think I appreciated it. And I quit this job making good money to play music for nothing. (Laughs) And they called me and said, ‘Looks like you’re doing great, but you’re not really doing anything right now. Want to come back part time?’” Leines remembers. “And I said, ‘Hell yeah,’ and hopped on a plane. Same road, same hotels, and it feels great. I’m very fortunate.”

He adds: “And then we have a tour starting in May, so it all works out.”

Till then, grab a copy of Blood, Sweat and Beers wherever you find quality music. And if you have other questions, just ask the man himself: