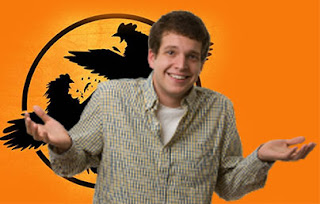 A local man was arrested at the Renaissance shopping center this past Tuesday, accused of indecency and lewd behavior. Parker Reynolds of Gluckstadt, MS was taken into custody without incident after several shoppers called the police reporting a man standing outside Anthropologie ‘cry laughing’ and displaying large bulge in his pants.
Sheriff’s deputy Leonard James told us that Reynolds was thoroughly embarrassed but non combative when picked up. He was booked and released on $2,500 bond and is awaiting a hearing next week.

Reynolds, for his part, wants to set the record straight. “I am NOT a pervert,” he told us emphatically. “I’ve never even commented on a woman’s appearance online.” He went on to say that while he was in fact pitching a tent in his khakis on Tuesday, that there was nothing sexual going on whatsoever.

“I was waiting for my girlfriend who was in Anthropologie, I was just reading through Twitter,” explained Reynolds. “When suddenly, I saw the news… Turnpike Troubadours is reuniting! It was just a natural reaction, I started laughing hysterically till tears were running down my face …and yeah, I got a uh… hard on. I didn’t even notice it myself until I saw some soccer moms looking over at me in horror.”

Turnpike Troubadours, the roots rock band out of Oklahoma, has been on hiatus for a couple of years and recently announced their return. The group’s massive cult following has been ecstatic since the news came out, but most in not such a visible and potentially offensive way.

Reynold’s lawyer says he expects to have charges reduced to loitering and get him off with only some public service hours required.

At press time, Reynolds was thinking about it again.