Blackberry Smoke’s Stoned: How to do an album of covers 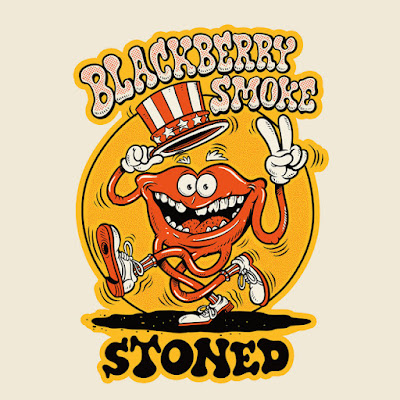 Atlanta’s Blackberry Smoke released Stoned, an EP of Rolling Stones songs, back in November (as a Record Store Day release) to little fanfare. Under the radar or not, this is the way to do a cover record.

At least that’s what discriminating Stones fans will think. The first thing that got my attention was the track listing for the seven-cut set; Charlie Starr and the boys put some serious thought into it, and it shows in the distribution: Three songs from Sticky Fingers (“Sway,” “Can’t You Hear Me Knocking,” “I Got The Blues”); two from Exile (“All Down The Line,” “Tumbling Dice”); and one each from Beggars Banquet (“Street Fighting Man”) and Some Girls (“Just My Imagination.”) This last is a cover of a cover, a song first made famous by Smokey Robinson – and the best cover the Stones ever did.

It spans a decade of Stones history (1968-78), with one song each from the Brian Jones and Ron Wood eras, and a supermajority rightly plucked from the band’s golden (a/k/a “Mick Taylor”) age.

The tributes in song themselves are exquisite in form and true to the Stones’ blues-based vision of rock ‘n’ roll. “All Down The Line” kicks the record off with a faithful sendup of Keith’s stop-go riff for six bars, and the rhythm section falls right into the pocket. “Tumbling Dice” is so true to the original that you can appreciate why Blackberry Smoke is one of the few bands who could credibly pull this off; they’re just that good, top to bottom. (The Black Crowes could have done this once, but Robinsons.)

My favorite cut might be the aforementioned cover/cover, “Just My Imagination,” one I was exposed to as a 15-year-old on the Tattoo You tour. “What the heck,” I thought. “Why is Mick playing a guitar, and how have I never heard this Stones song before?”

As faithful as the Stones were to Smokey, Blackberry Smoke is to the Stones.  And on “Sway” and one or two other numbers, the rough edge to Starr’s melodic voice adds a hint of Keith to all the vocals. So much in fact I found myself wishing for a cover of “Happy” or “You Got The Silver” or “Before They Make Me Run.” For that matter, Blackberry has but scratched the surface; Stones fans should be reasonably optimistic about a sequel. Because for all the great renditions on this seven-song EP, they can now envision at least twice that many for any follow-up effort(s).