Japandroids Perform "Near to the Wild Heart of Life" on Colbert

Album Review: Japandroids - Near to the Wild Heart of Life 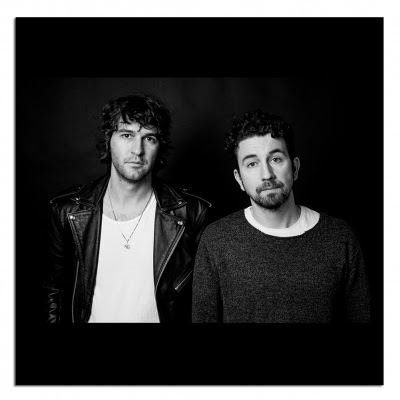 On Japandroids' first two albums, the themes were clear- life lived with abandon, with all of your best buddies around you to enjoy every last drop.  On Near to the Wild Heart of Life, the enjoyment and positivity is still there, but there seems to be a lens on home and/or the road.  In short, this is Japandroids' road album.  Most of the songs on this album revolve around leaving home, missing home, or coming back home.  But, it's not necessarily a depressed longing for home.  It's more of an excitement of what leaving (and going back) home can promise.  As someone who left my rural upbringing behind over ten years ago, both of those things hit very close to home for me.

I don't know if it's just me and my excitement for this album, but every single drum beat on this album hits harder than anything the Japandroids have done up until this point.  Every guitar note is perfect.  It seems that on all Japandroids releases, they've perfected the art of opening/closing songs and Near to the Wild Heart of Life is no different.  In my mind, these two songs (opener- "Near To The Wild Heart Of Life" and closer- "In A Body Like A Grave") are two of the three best songs on this album with "North East South West" coming in at a close third.


If you're a fan of rock and roll, of reckless abandon, and of anything Japandroids has ever put out, you need to grab Near to the Wild Heart of Life.  If you have been on the fence about listening to Japandroids for whatever reason, I strongly urge you to give in and listen to this album.  I saw these guys live around 2013 and had one of the best show experiences I'd ever had- everyone smiling from ear to ear and shouting along to every "oh oh oh oh!" If you get a chance to check them out live, I would definitely suggest that as well.  Go support music, y'all!

Near to the Wild Heart of Life is available everywhere and way you normally consume music.