Jeremy Squires Checks in With a new Record & Single 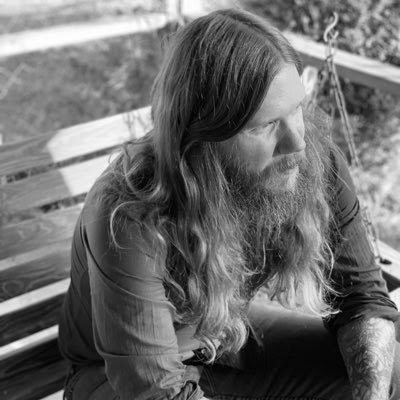 Well lookie here, a friend of Farce the Music, Jeremy Squires has a new record, Many Moons dropping at the end of August. To say that Squires isn’t prolific would be a disservice to how much the North Carolina troubadour puts in the work. It feels like at least once a year he’s got a new song, a new record or guest spot dropping, which in this streaming-driven music climate is a good thing.

On his new single, “Cast Spells,” Squires continues his move away from a strict traditionalist, barroom country and moving more toward a balanced Americana that has the grim reverb of Elliot Smith married with Jason Isbell’s raw honesty. The vocals on Many Moons are ghostlike as if Squires is chanting for himself, toward the unknown rather than taking the listener on a journey.

This is a notable shift in sound, Eastern Glow, Squire's last effort was a much bigger, lush record, but from this little drink of Many Moons, it looks we’re going to get a whole different side of the artist.

Check out “Cast Spells” and "Labyrinth" on Bandcamp or Spotify.
The latest nonsense from Farcer at 10:30 AM 0 complaints 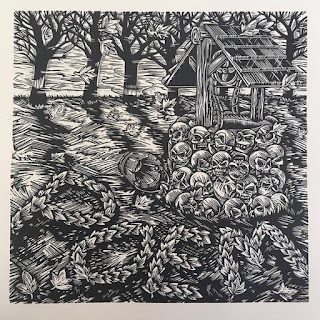 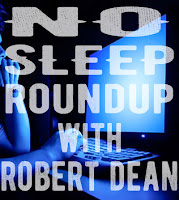 I didn’t get a lot of sleep last night. I do it to myself every time, always chasing deadlines or falling down the rabbit hole, reading about some odd subject that ordinary people wouldn’t spend five minutes on. Such is my life. I spent, I dunno, a good half an hour reading about flan. Yes, flan the Mexican desert.

Today, I’ve been checking my email, wandering around Youtube and wanted to do a “Rodeo of Cool Shit” post where I share stuff I think is either worth checking out or at the very least, entertaining.

My friend Michelle Hanks is a mover and shaker in the underground country world. She sends me artists to check out on the regular and one of the dudes she passed along to me was Jeremy Squires. I dig what the guy is doing. His new tune "Gift" features a slow piano that’s straight out of the Radiohead playbook, but country. It’s an odd mixture, but it works.

Jeremy is all over YouTube and Spotify, so finding his stuff won’t be very hard. The straight-ahead tunes he’s got on Spotify are in the vibe of Jason Isbell meets Bright Eyes sorta thing. It’s not the most upbeat of stuff, but worth a listen if you’re driving down a backroad somewhere on an overcast day.

When was I like, 23? My roommate and I were on the couch looking for something to watch. We stumbled on Ryan Reynolds and Amy Smart in the movie “Just Friends” and were immediately rolling our eyes, groaning that we knew it was going to suck. Eventually, as the minutes passed of hate-watching, we set the remote down and laughed along, enjoying the movie.

The same exact thing happened to me this AM when I stumbled on Rising Appalachia "Scale Down." It’s so oddly satisfying. I checked it out to dismiss the song and the video but couldn’t because it’s unique and challenging. There are quick triphop bits with Lauryn Hill meets Beth Gibbons emoting about the state of the world through biting verses. The whole thing shouldn’t work, and yet, I enjoyed the hell out of it. Kinda the same way I couldn’t stop listening to that Hobo Johnson song last week when it went viral.

Lost Dog Street Band - I Went Down To Georgia

Two crusty folks jamming on a fiddle and a banjo out in a field. Lots of brown leather. Meat and potatoes Americana stuff I used to hear the gutter punks strumming on as I’d walk the streets of the French Quarter. Quenches a certain thirst. It’s not breaking any precedent, but it’s a damn fine song. 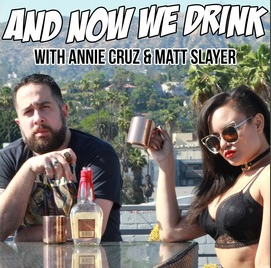 And Now We Drink