From Too Mean to Die. What’s good? I’m about to head up to Chicago to see The Misfits, and I’m peeing my pants with excitement. I’ve waited 28 years for this show, and you best believe that I’m going to howl my ass off when I hear some “Skulls” or “Hybrid Moments.” I wonder if Doyle will be there to bitch about having to meet people when he doesn’t get to play Rockstar for a night.

Helms Alee is about to go on tour with Earth and are also dropping a new record, which is described by this wild shit, “Named for a bioluminescent marine algae that glows when excited, the Puget Sound trio’s forthcoming album Noctiluca bears a radiancy all its own.”

A few weeks ago, I talked about Vale, the black metal band from Oakland that sound pissed as fuck. They’re going on tour. If you feel like coming to Austin, come hang out. I’ll be at the show.

Sharkmuffin, has a new record, Gamma Gardening and it’s a fun cocktail of glam, punk, shoegaze, and indie rock. If you’re looking for some old school Riot Grrrl stuff to get powerful to, check these ladies out. I love them, this is fun rock and roll in at a time when people are being way too serious.

Don’t forget to check out Karly Driftwood’s banger, Too Mean To Die – I wrote about it and it’s still awesome.

Billy Ray Cyrus is on some Soundcloud rapper’s song, fuck that noise.

Willie’s annual 4th of July show has been announced. If you’re anywhere near Austin, this is a yearly thing and has been going on for 50 years. Check out who’s playing along with our living legend: 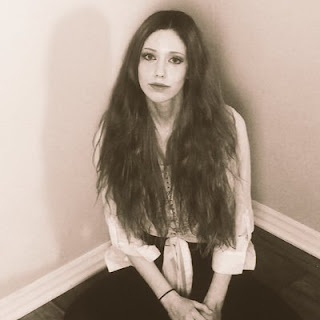 Like a gasoline-flavored Sour Patch Kid, Karly Driftwood is your new favorite country singing antihero, you just don’t know it yet. On her debut record, Too Mean To Die, Driftwood is everything you don’t want her to be: a reckless savage with long red hair and a pretty face that will cut you with a broken bottle and leave your sorry ass to die in the gutter. But, while you're bleeding to death, she might leave you a smoke for one last moment of joy - she's sweet like that.

Too Mean to Die is laced with elements of horror, allusions to hard drug use, long nights out, and sin – all of the things Driftwoods male counterparts are allowed to build careers off of. Without sacrificing integrity for a cheap thrill, Too Mean To Die is relentless in that Driftwood took plenty of lumps, slumming it in the Nashville dives to get the tone, the feel, and the vibe right for the record; it’s got equal parts Kacey Musgraves, Stevie Nicks, Lana Del Rey, and Elvira all wrapped up in a tight blunt with weed powerful enough to kick the ever-loving fuck out of you.

The songs aren’t dreary, in fact, they’re bright and sunny, the subtle nuance lives in the DNA of how razor sharp the lyrics are. Driftwood, aptly named after Rob Zombie’s murderous Devil’s Reject’s clan doesn’t hold back on her faults, failures and never wanting to be a Stepford Wife.

The only thing is while Nashville would just love to gobble a talent like this up and grind in the wheels of their studded denim flesh machine, Driftwood isn’t interested. She's got Danzig in her soul and despite those luscious harmonies ringing loud, there's blood and violence in them hymns.

“Baked You a Cake” is almost gleeful with its promises of gore and violence all wrapped up with a cherry red kiss. “Settle for Being Used” is an honest look at Driftwood’s personal life which again, thanks to the devastating lyrics that harken back to the era of early 2000’s emo with bands like Death Cab for Cutie baring the soul to the point of tearing the paper-thin heart. You end up almost feeling sorry for Driftwood, despite the obvious prize of what the listener gets in return.

The vibe of the record drifts between old school honky tonk and traditionalist country but never loses the rhythmic chops, it’s all killer, no filler without any tired country clichés. There are these moments, though, I don’t know if it’s the old guy in me, or that Driftwood’s dad is a rock and roller, that you can hear the influence of 1990’s alternative in the hooks, the phrasing. It took us a while for the cultural hammer to swing in this direction, but the flavor has the spice that feels like there are some Letters to Cleo, Liz Phair, and even Sixpence None the Richer in that twisted psyche.

“Stripped My Way to Nashville” is a perfect example, while it has some country overtones, but it’s a straight up rock and roll tune that radio in the 1990s would have gobbled up instantly. For all of the societal love for Cardi B making it through the clubs, Driftwood deserves the same treatment.

It’ll be interesting to see how the music translates live considering if people, women especially, get their hands on the music, there are plenty of anthemic moments that ladies with a few long nights can share as something that’s undeniably theirs.

In the past, we’ve been good at calling winners. We called Sturgill, Tyler Childers, and Colter Wall. We’re calling it next for Karly Driftwood. She’s going to be everyone’s favorite Halloween witch, and we say bring on the razor blade candy bars. 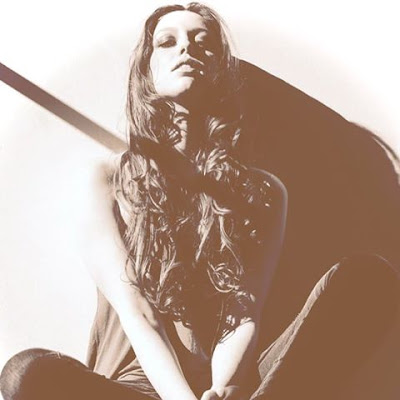