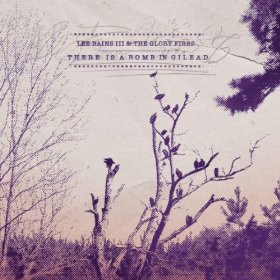 1- Lee Bains III & the Glory Fires, "There is a Bomb in Gilead"- My God!  No band surprised me more this year than Birmingham's own Lee Bains III.  I witnessed them open up for Alabama Shakes in Baltimore and was just floored by these guys.  Evoking that Southern, soulful voice akin to fellow Alabama native Jason Isbell, Bains and his incredibly gifted band-mates have created an album that continues to grow stronger and stronger with each listen.

2- American Aquarium, "Burn. Flicker. Die"- We've all heard it before, right?  Band hits road.  Band tries to make it.  Band gets weary.  Band breaks up.  This is where we meet BJ Barham and his band American Aquarium on their latest release: between weary and callin it quits.  What makes an album great is taking a subject we've heard and making it sound new and fresh.  Barham has done this to perfection with his road weary songs.  American Aquarium has had some really good albums, but this album achieves far beyond good- it is truly great.

3- The Pollies, "Where the Lies Begin"- Another great band from Alabama- there must be something in the water down there.  Listening to this album for the first time was such an awesome experience that I wish I could listen for the first time again.  I'm not sure you can get much better for a debut album.  Everything on this album works perfectly- from the interplay of instruments to the Jim James-esque echo vocal effects.  Just try to listen to this album and not be taken aback. 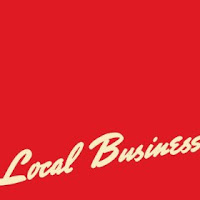 4- Titus Andronicus, "Local Business"- Everyone's favorite Nihilistic band came back from their massively heavy and successful 2010 album "The Monitor" to record a more basic rock and roll record.  Recorded with the same 4 folks who had been touring for the last few months as Titus Andronicus, this album hits the ground running and really never lets up.  This album has less of the bombast than the previous 2 albums (i.e., no spoken intros, no droning noise, etc.), but Patrick Sickles and crew still run through 7+ minute songs at break-neck speed.

5- Lucero, "Women & Work"- I don't know how Lucero continue to get better, but they do.  Taking the Memphis soul sound they incorporated on "1372 Overton Park," they honed their sound in to make this incredible album.  The songs on this album are your typical Lucero songs, but then you add in songs such as "Sometimes" and "Go Easy" and you have possibly their best album since "That Much Further West."  Some folks don't like the horn section Lucero have taken up, but I couldn't be more on board.  It works incredibly well for their sound and Nichols' gruff voice.  (Also, anyone else notice "Like Lightning" being played during some college and pro football games this year?)

6- Shovels & Rope, "O Be Joyful"- To truly appreciate Shovels & Rope, you should see them live, immediately.  Until then, this album serves as a great snapshot of their energy, harmony, and chemistry.  There have been a ton of "husband/wife" duos lately, it seems, but Shovels & Rope are doing everything right.  Some songs may initially seem sappy, but they play them with such sincerity and gusto that any sap is quickly overshadowed by their keen emotion.  There is no better song from 2012 than "Bimingham," which alone makes the album worth purchasing.

7- Arliss Nancy, "Simple Machines"- "I don't believe that we've been properly introduced.." So begins the newest album from Arliss Nancy.  I'd say that is a fair statement from the Denver rock band.  Their first album ("Dance to Forget") was a good album but this album shines much brighter due to upped production values, added instruments here and there, and a damn near perfect set of songs.  I'd say if you were just now hearing of Arliss Nancy this album would no doubt be the place to start and if you've been hesitating on listening, stop.  It's a great, catchy rock and roll album. 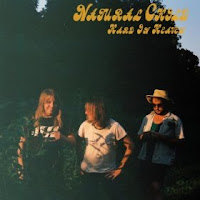 8- Natural Child, "For the Love of the Game"/"Hard in Heaven"- After seeing Natural Child open up for The Hold Steady this year, I went crazy for these guys.  The 3-man band from Nashville, TN were busy in 2012 releasing both "For the Love of the Game" and "Hard in Heaven."  I know it's probably cheating to include both albums here at #8, but when I was thinking about this list I couldn't pick a clear favorite.  Sounding like a combination of the Stones and the Ramones, Natural Child rock and roll through sleazy guitar licks and songs about women, partying, and drugs.  Just try to listen to these guys without moving.  I think it's impossible.

9- Alabama Shakes, "Boys and Girls"- I fell for this album and band hook, line, and sinker.  Talk about a powerful voice!  I think this is a fun, well-played, and well-written record.  While Alabama Shakes aren't really breaking new ground lyrically, they are laying down really great music and the songs are perfect vehicles for Brittany Howard to showcase her incredible vocals.  Also, it's really amazing how fast Alabama Shakes rose to stardom.  I'm sure it happens all the time, but it had never happened to a band I was on board with when they were just Alabama's best kept secret. 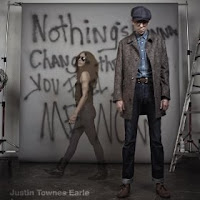 10- Justin Townes Earle, "Nothing's Gonna Change the Way You Feel About Me Now"- Lots of folks aren't crazy about JTE's new album due to its subdued nature.  I, on the other hand, think it is the perfect Sunday morning album.  Once again, an artist added a horns section to an album and it worked perfectly.  The contemplative mood of the album works for Earle and the band he gathered to record with. This is a fine album that I believe will get much stronger with time.

Other albums just missing the top 10 include: The Bohanons- "Unaka Rising," The Gaslight Anthem- "Handwritten," Cory Branan- "Mutt," Shooter Jennings- "Family Man," and Patterson Hood- "Heat Lightning Rumbles in the Distance."
The latest nonsense from Farcer at 11:00 AM 2 complaints