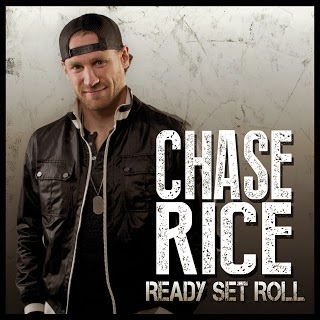 Chase Rice - Ready Set Roll
If you choose to hear this "song," you can do so here.

The first thing you hear is a pop-country-ish intro created with "instruments" (if "instruments" = 0s and 1s) used in hip-hop and pop songs then the voice of a Speak and Spell. Hmm, is this how Hank done it? No, and I don't even think Bocephus on his worst bender would be okay with this shit.

After listening to this song once, I had to cleanse my ears for an hour with George Strait. Back to the review...

Mr. Rice helped write "Cruise" with a dozen or so other Music Row murderers, and being the young fellow that he is (he must be young, right? Just look at that backwards cap.), he thinks if one time elicits a positive response, you should repeat yourself over and over and over because that will be even better! It's like a young child telling a knock-knock joke. The parent laughs to be polite and nurturing, so the kid figures "Hey, let's do 341 more!" Speaking for everyone on planet Earth, we don't want 1 more "Cruise," much less 341!!

I imagine some semblance of this conversation went on in the writing room:
Rhett Akins: "I'm bored guys, let's challenge ourselves on this one."
Chris De Stefano: "Cool, bro."
Chase Rice: (takes shot of Fireball, grimaces) "I'm in! What's the game?"
Rhett: "Let's see how many cliches we can stuff into one song and still have it released as a potential hit single."
Chris: "But I do that every time."
Chase: "Who's Cleeshay? Is that one of your old groupies, Rhett? You dog, you!"

I count at least 7 oft-used phrases in the first verse alone, but who's counting? Not the 12-19 year olds who are buying this crap. It's all new to them. But is it? It's getting to the point that the writers are repeating themselves as fast as they can wipe their butt-sweat off the tailgate and pour another jar of store-bought moonshine, not just waiting a few years to give people time to forget that last "rock your world." How can you not get sick of the same imagery and thematic concepts (LOL, concepts…that would require conceptualizing) when they show up in 3 out of 4 songs?

If it ain't getting worse, it's dragging the bottom at "ninety to nothin'." This is not even a well written party song, it's just a grocery list of triteness wrapped in false edginess. Move on, Nashville.

F
The latest nonsense from Farcer at 11:30 AM