Robert Dean vs. FGL/BSB "God, Your Mama, and Me" 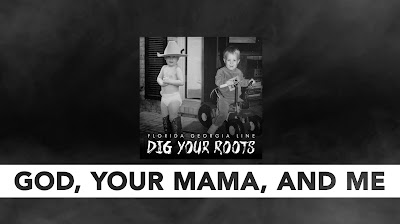 A rant/review by Robert Dean

If you're brave, you can listen here.
*language warning!*
File this under: the obvious like the sun is hot, but I think we have unequivocal proof that Nashville-driven pop country is garbage – a steaming shitheap of garbage. So much waste you need waders to stomp through the bullshit. Like, before it was a lot of the obvious raised eyebrows, the throwing of hands in the air, and to everyone who likes this trash, a complete denial not seen since the last Trump speech.
What I’m talking about is uber-tools who use auto tune and wear man buns, the Florida/Georgia Line doing a song with the Backstreet Boys.  Come on dudes. There’s zero defense that pop country is just pop. We need to finally come to terms as a species and tell everyone that their new song God, Your Momma, and Me has culturally absolute zero with anything Johnny Cash or Waylon ever did.
I only cite them because every dork in a trucker cap and a flannel with beautiful teeth name drops them constantly like it adds some sort of credibility – well, hoss it don’t. Luke Bryan still sucks, and these two clowns parading around with a geriatric boy band only proves the point further. Yeah, Luke, we remember Here’s to the Farmer where you pander to every blue-collar worker out there in some maligned attempt to be “genuine” – too bad it’s genuinely awful.
But, back to the task at hand, God, Your Momma, and Me – this song defies any logic of how horrible it is. It’s like if AIDS fucked Cancer and created a super hybrid that killed you within an instant. That’s what this is. Within the first few verses, we nail the archetypes of all pop country diatribes: God, love, mommas, angels, shotguns. Of course, they turn up the radio on a dirt road. And they call this malignant colon of music “country” – what the fuck is country about six dudes dancing in tandem and wearing $200 jeans?
Next time you’re at the bar some clown in turquoise “dress boots” starts giving you the business when you tell him Jason Aldean is as country as a Cher, you’ve got probable ammunition to go down the rabbit hole. We already knew Florida/Georgia Line sucked to the infinite levels with their hokey, cliché driven audio enemas, but this is some next-level suckery.
God, Your Momma, and Me is so awful because it falls on pretenses like they’re being slick about singing some shitty love song that features one guy and four other guys oohing and ahhing. That’s the point, it’s deft and meant to distract you from a cold truth: pop country is Rihanna in a cowboy and tight jeans. It’s pop, it’s harmless, its bubble gum and it fucking sucks.
Fight me at swings after school.

*entirely devoid of editing by lazy Trailer*
The latest nonsense from Farcer at 11:30 AM