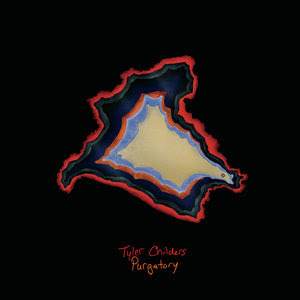 Tyler Childers taps into the dark side on Purgatory

After years in the shadows, Tyler Childers is finally emerging. On his official debut record, Purgatory, Childers is ready to step out and into the sunlight, and boy, is he gonna need a pair of shades. In contrast to that bright light of likely success, he's bringing along with him a deep look into the darkness of life.

One thing Tyler Childers is not is your typical country singer. Even at just 26, he’s already a battle-tested road warrior, having logged a lot of miles and while out there, tallied up many sins. Tyler Childers isn’t banking his career on wack songs about trucks and little shorts. Instead, he’s logged down his transgressions, his adventures, and gives them out as cautionary tales via the tracks on Purgatory. When you’re writing about long nights, casual cocaine use, or swallowing a handful of pills, that ain’t the stuff Jason Aldean is singing about. It takes bravado to confront those topics and sing them with mastery. That’s the difference between the songwriters who get out and live, their songs carry weight because they’re genuine, not some crap that a songwriter in an office dreamt up.

While all of the playboys in tight muscle tees and cowboy hats pack the arenas on the message of their bullshit persona a few suits crafted, guys like Tyler Childers live what they dream about. You can buy an “outlaw” branded tee shirt, but until you write some songs about being whacked outta your mind on the shit and ripping down some back road in intimate detail, brother you’re just posing.

Childers is cut from the same cloth as artists like Bruce Springsteen and Jason Isbell; and despite his spacey eyed producer Sturgill Simpson being an influence, the two artists aren’t similar in sound, only in honesty and spirit. Don’t let the album credits fool you. Tyler Childers is his own man.

Purgatory is an incredible welcome to the world for Tyler Childers because under Simpson’s watchful eye, the songs they’ve collected feel like a testament to the hard life, but one that’s not met with dire pessimism, but instead with baring down and letting the knuckles get white.


"Feathered Indians" is a big-hearted, open-armed love song that doesn’t feel dismissive to the rest of Childers’ tracks because of the raw honesty that’s laced throughout the narrative. Directly following the joy of that previous track, "Tattoos" feels like the aftermath of that love taking a swan dive …and without much grace. Right there, plainly and simply, shows what Tyler Childers is capable of as a tactician of the human experience: he’s managed to draw you in with a romantic escapade of close encounters of a belt buckle pressing against a thigh, following it with a whispered dirge, calling back to when times were good.

The main thread that runs through Purgatory is its sheer authenticity. There’s no doubting the songs come from a real place, or that they at least were constructed through the haze of hard living, always with a strong sense of storytelling. Either way, real or make believe, the stories that Tyler Childers tells on Purgatory aren’t far-fetched concepts, but looks into the all too familiar hard lives in a small town.

To say that Tyler Childers taps into the past, and the darker side of country music, is understatement – this is a continuation of the dark masters, and Tyler Childers has surely been welcomed into the family.