I saw Dwight Yoakam (for the first time) with The Steel Woods last night. It was fantastic. I'm too lazy to write a proper review, but trust me when I say he's every bit the performer you imagine - a legend still in prime shape vocally and as a performer. The Steel Woods were great too - playing 6-7 songs from their (top 10 of '17 for me) album Straw in the Wind and a cover of "Yesterday's Wine." Dwight was in a good mood for his set - pulling out a few songs he rarely plays these days (according to set lists I've seen) and a ton of covers. Our Governor, Phil Bryant, visited Dwight before the show and made a song request that surprised Yoakam, but he played it. "Buenos Noches From a Lonely Room," a spare and cold murder ballad, isn't what you'd expect a state head honcho to be into, but I'm glad he is. Anyway, here's the set list from the show. 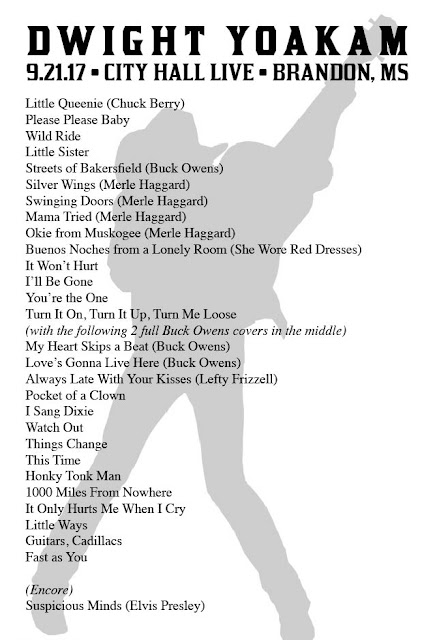