Outlaw Country on an Old Emerson 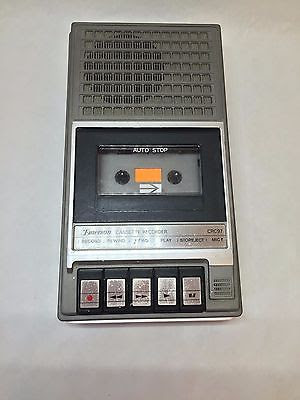 My Uncle Mike introduced me to outlaw country. He was a big fan of Waylon, Johnny Cash, and Merle as far back as I can remember. Cassette tapes were his preferred format. Usually had a well-worn Emerson sitting there on his table. Always had a huge pile or shoebox full of tapes. There'd be a few Hee Haw Gospel Quartet tapes in there too, but it was mostly various albums and compilations of the country legends that are such a part of my listening habits as an adult.

As a child, I'd sit and listen with him while I drew or played with my GI Joe men. "Ring of Fire" and "Amanda" and "On the Road Again"… he'd sit there in his wheelchair and listen for hours. Sometimes he'd turn on the old transistor radio and scroll through the stations. He was a little impatient, or just difficult to please - scanning through the static to find just the thing. When he found it, he'd stop and sing along a little. Mike knew the songs by heart.

Into my teens, I developed more of a taste for rock music - pop metal, then heavy metal, then grunge. Country didn't really do it for me for a while there, but it was always Uncle Mike's favorite. Every Christmas or birthday, we were buying Mike a new radio or tape player because he was so hard on the electronics with his constant button pushing. We even tried a CD player or two, but tapes were easier for him to deal with.

In my late teens and early twenties, I came back to country music. Oh, the rock was still there, but I finally had experienced some of the losses - in life and relationships - that make someone fully appreciate the emotional honesty of truly great country music. And just who did I gravitate towards when I fell back in love with country music? Well, George Strait…. but then Waylon and Johnny and Merle.

As Mike aged, he wasn't able to listen to music as much. His health often kept him in bed more than in his wheelchair, and when he was in his chair, his hands kept him from operating the radios and cassette players like he used to. But he still loved the music. "Jesus Loves Me" was one of his favorite songs and I heard him singing it as recently as the past couple of years. I'll always owe a huge debt of gratitude to my Uncle Mike for my love of music and country music in particular.

My Uncle Mike passed away late Tuesday night. At 59, he lived past expectations for someone with his severity of cerebral palsy.

Cerebral palsy took so many things from Mike - the ability to walk, a great deal of his mental function, his independence, and what most of us would call a "normal" life. However, it never robbed him of his love of family, God, and music, and I like to think those three helped him live a relatively long and entirely love-filled life.

Thanks for everything, Uncle Mike. I love you.

(Trailer)
The latest nonsense from Farcer at 9:00 AM