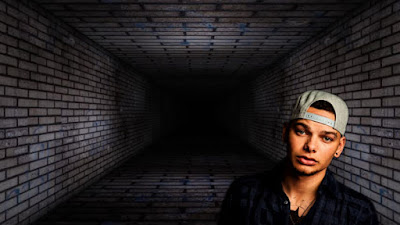 Since recording his performance of "Worldwide Beautiful" for the ACM Awards with his band last weekend, country star Kane Brown has not been heard from. After an hours long search of the backstage area, his band, crew, and management gave up looking, optimistically assuming he'd simply gone home.

"Officially, we believe he left without telling anyone goodbye or answering calls or messages since last weekend," said an anonymous member of Kane's crew. "But if you ask me, his ass is lost again. And if he is, he is truly the Tom Brady of getting your ass lost, because the only dark halls or tunnels there are like for underground utilities."

Brown received national attention last month as he revealed that he had recently been lost on his own 30 acre property. That incident led to he and his wife having to call the police to help locate them. The debacle birthed many memes and jokes at Brown's expense. Whether he's truly missing or not this time is still unknown.

"I think it's a Spinal Tap moment in reverse," said another anonymous member of Brown's staff. "He left stage and has been just forever walking through the tunnels and catacombs of the building saying 'Hello Nashville' to himself or something. I hope he's okay."

Brown's performance of "Worldwide Beautiful" Wednesday night was pre-recorded earlier in the week due to the constraints and restrictions of the COVID pandemic.

At press time, Opry janitors reported hearing strange bellowing sounds "like someone singing through a fart" in the bowels of the facility.
The latest nonsense from Farcer at 9:00 AM