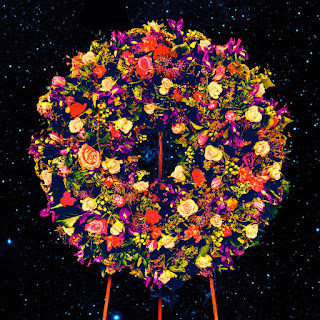 On Great Peacock's third outing, Forever Worse Better, they have finally created what they've been looking to create for the past few years. This is revitalized Heartland Rock. The band is tighter on this release. Everything seems to be in sync, making for a hell of an album.

The album is a much more personal effort for Andrew Nelson who has described some of the self-doubt and relationship failures that were the muses for some of the better songs on the album (and the best of GP's career). With songs like, "Heavy Load" and "All I Ever Do" there is a clear growth in songwriting both lyrically and musically. It takes a lot to be able to put to words the emotions that come with those feelings and relationships that just always seem to be pulling us down.

But nowhere on the album is the clear growth of Great Peacock more evident as "High Wind." This is the standout song on the album for me, and quite frankly, I think this is the best song of their catalog (subject to change). From the opening kickstart of the drums to the chugging of the guitars, musically this song is a barnburner. I hear it and immediately feel like I'm hearing my favorite Petty song but not a cheap imitation. And the lyrics are a perfect encapsulation of the album. On this singular song, Andrew laments not only his aging but also his relationship problems. But, there's hope in the song. You know we all have these problems, but the most important part is doing the most while you can. Live it up. In these weird, covid fever dream times, it's a song that feels so pertinent.

The album is full of these songs- "Rock of Ages" and "Learning to Say Goodbye" are beautiful, meaningful, and triumphant. These songs are a testament to the band and their ability to have taken these songs out on the road and truly fine-tune their sound. The soft songs are sonically textured in a great way. The rockers are there. And, the intertwining of Andrew and Blount Floyd's guitars and voices is something to behold. Frank Keith's basslines are tight and keep everything together. This is a group hitting their stride, finding their voice as a band, and hopefully they have a lot more left in them.

Go buy the album and support Great Peacock any way you can.