Americana Singer Actually Should Shut Up and Sing 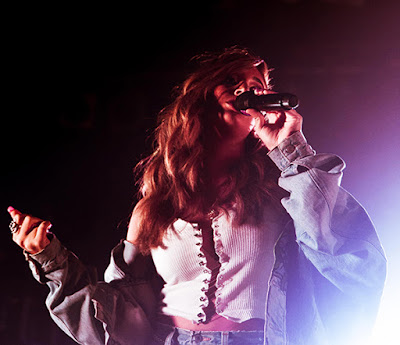 Roots rock singer/songwriter Alessa Torrance is facing a problem not new to artists of her ilk. Fans and casual listeners alike are constantly telling her to “shut up and sing.” In most cases, that phrase is used to express discomfort with the political opinions a singer is putting forth on social media or between songs at concerts. However, in Alessa’s case, it seems like a good idea.

“She’s always talking about her toenail fungus.” said Jerry Lucas, a fan of Torrance since 2008. “It’s really disgusting and I’d rather hear her misguided opinions about the border wall than foot hygiene.”

Another concert-goer told us Alessa was obsessing about a mole on her back during the show he attended. “She even stopped mid-song one time to pull her shirt up and show it to an RN in the audience.” said Bill Phillips of Des Moines, “She was convinced it was skin cancer, but I just wanted her to entertain me.”

Many country and Americana singers are met with disapproval for sharing their thoughts on Donald Trump, Joe Biden, Covid-19, the economy, and other topics in these divided times. Artists such as Tyler Childers and Chris Stapleton have faced backlash for their songs and comments regarding racial tensions. Perhaps Ms. Torrance is the proper focus of this ire.

“My snot is green… is that normal????” read a concerned tweet from Torrance this past Tuesday. She has also had recent rants and worry sessions about: periods, migraines, pimples, a bout of diarrhea, ingrown hairs, toilet paper, scabs, nausea, and many other personal matters.

“I’d rather have her call me an inbred idiot for supporting Trump than listen to her talk about ear wax on stage.” said Marcy Peterson of Tallahassee, “Her hypochondria is very tiresome; she may need some counseling.”

At press time, Torrance was considering Instagramming a rash to see if anybody thought it was scabies.