The Quirky Demise of Hellbound Glory 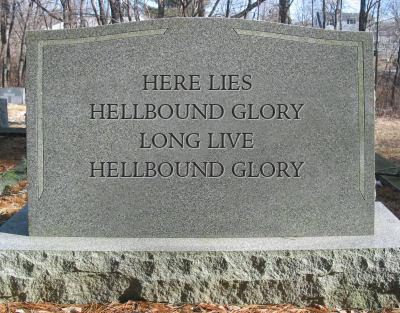 The report of my death was an exaggeration.

We are mere journalists. We acted in good faith, relying on the reportage of one of the finest country music blogs, which sounded the alarm: Hellbound Glory is doomed yet again. Neon Leon is killing off this..whatever-it-is thing, and once more on Halloween. Just six years after he’d done it the first time.

The notion seemed so unfair. Hellbound Glory had just put out two stellar albums, with the help of Shooter Jennings’s picture-perfect production. Could this be happening again? We’ve chatted up the enigmatic Leroy Virgil twice, here and here, so surely we can clear this up. Right?

The suspect was last seen in Aberdeen, Wash., bound for Reno, Nev. Contact this site’s publisher with any clues. 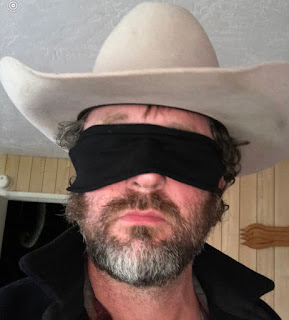 Okay, so you’ve done this once before. What gives, with snuffing out this band name again?

Well, um, I didn’t really say we were snuffing out the band name; it’s more of a ritualistic killing of the Hellbound Glory myth. (Laughs)

Whatever “Hellbound Glory” is.

Um, okay. Let’s flesh this out with a few questions…

I’m making it up as I go along.

Last time around, you even dumped your assumed name, Leroy, for your given one, Leon. At least for a little while. In fact, what should I be calling you right now? Do I have to change your contact info in my phone?

Yeah, well, I’ve always liked “Leroy.” I picked that name. It’s a good one. I like “Virgil.” That was a name that was picked for me. And…my last name is “Bowers.”

I know. I remember all the sh*t you’ve said to me. I’ve recorded all of it, then written it down.

For both Pinball and Pure Scum, “Hellbound Glory” was essentially you, a steel player sometimes named Rico, and Shooter’s band. Was that configuration just not getting it done, or is it just something about the name?

Yeah, he “knocked some chick up,” as you said last time…

…yeah, he had to go take care of that, and I’m not sure where he is right now. I did give him a van to live in. The Hellbound Glory van, in fact. I hope he’s doing okay; I haven’t heard from that dude in a long, long time. Last time I saw him, he was in Reno, trying to get out near Salt Lake City.

Okay, but I don’t understand what it is you’re putting to death this time. Is it the “Hellbound Glory” name? Are you not gonna play with Shooter’s band anymore?

Um, okay. I’m trying to stick to my script here, which is always a bitch when I’m talking to you…

But we’re having fun, right?

Oh, absolutely. Play a song for me.

Trailer of Farce the Music · Leroy Virgil - Drinking On The Job

That’s pretty good. Your songwriting and vocal chops are right up there with your status as an agent of chaos and confusion. Care to comment?

Well, thank you very much. I put a lot of work into the last album, trying to get the vocals just right. I wasn’t born with the natural gift of a great voice, so I’ve really tried to work on it as much as I could…uh…yeah. I’m very proud of it. Thank you for saying that.

But you do like to sow chaos and confusion? You’ve said as much before when we’ve talked.

I just like to have fun. Always just smiling, and always having a good time.

Uh-huh. So, when you say you’re going into the studio with Shooter’s band to make another record…can you just sorta tease out for us what the name will be on the album? Not the title of the album, but the name of the artist who’s making the record?

[Again, feeling like he’s been punk’d.] But you’re killing it off!

Are you doing a ceremony again, with a coffin and sh*t, like last time?

I don’t think…I don’t know. I might head up to Olympia (Wash.) Some friends up there are building a coffin. We might set it on fire, with a puppet in it. I haven’t decided yet; I don’t know.

Kind of a spontaneous thing, I guess.

So looking ahead to a 2021 we hope will be better than the current year, what’s next for Leroy Virgil/Leon V. Bowers/Neon Romilar?

Well, I think I want to get a podcast going. A Hellbound Glory podcast.

Yeah. Seems like a good medium to get into.

All the cool kids are doing it.

I’d listen. Of course, it might puzzle some people, what with the band name/myth getting snuffed Saturday night…

You know, I don’t mean to be confusing or conceited. It’s all in good fun.

But I will tell you a story. Have I ever told you about where the name “Hellbound Glory” came from?

I’m quite sure you haven’t.

About two months before I moved to Reno, I had a dream. It was about a hell-bound train, and the train was called “Hellbound Glory.” Isn’t that great?

The story’s a little shorter than I anticipated, but I can absolutely see a big, coal-huffing train with the name “Hellbound Glory” painted across the engine, spewing black smoke.