I’m only a part-time talent here at Farce the Music now, and I wish I hadn’t returned for this particular song, but it does present a topic I haven’t covered before. Usually it’s just dudes with weird facial hair lusting after the women with their feet on their dash while drinking a cold beer on a dirt road, so at least this is a different sin for me to rail against.

Obviously the title spun me for a loop to begin with. I hoped this was the rare religious song that becomes a country hit. It was not to be, for this worldly song is about worshipping a lover. For shame, my brothers and sisters! 1st Corinthians 10:14 says to flee from idolatry! In other words, be ye not a “Stan” of any human beings… neither famous, nor your girlfriend who works at the nail salon and drives a Hyundai. Flee from this misleading musical creation! Mr. Brown has become a stumbling block for millions of easily influenced minors and their wine-sipping moms.

Don't get me wrong

But if you were a religion, then damn

I don't know what I'd do

The Lord will forsake those who forsake Him, and it sounds as if Kane has chosen to worship boobies and hoo-hoo instead of our Father who art in Heaven. This is so dangerous, my children. Obsessing over a person can lead to mental issues, the Herpes, and rugrats out of wedlock. God isn’t being greedy about your attention - He knows what can happen to your peener.

Romans 1:23 talks of those who have exchanged the glory of the almighty Lord for images resembling mortal man and birds and creeping things. Some creepy things too. Turn your cheek from this nonsense! 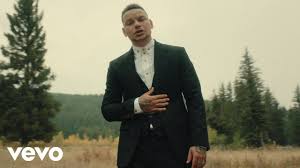 On a human level, it’s gross to worship something that burps, drives badly (not saying all women do - just my wife), and makes me eat cauliflower pizza. I wouldn’t want anybody worshipping me either. And nobody would, I assure you. I have a minor speech impediment, I don’t put the toilet seat down, and I root for the New York Jets. Lord forgive me!

Also, it’s just pathetic. Some of Kane’s friends should make fun of him on their text group. My buddies back at seminary did when I was hung up on the girl I dated before my wife. They called me p-whipped (the p standing for “petting;” we were generally wholesome with our language, though this term may have displeased the Lord a bit). Anyway, their constant ‘trash talking’ broke me out of my spell. Bless their hearts!  (In the good way)

I don’t like the sound or the vocals of this song either, so it is unfortunate on every level. I pray for Mr. Brown’s soul, and I say to thee: listen not!