Who TF is Clancy Jones and Where Did He Come From? 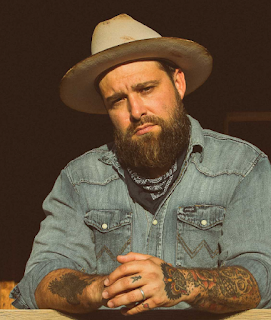 Clancy Jones is the real deal. I mean, yes, he’s got the requisite cool tattoos everywhere, the faded denim shirt that looks like it’s been through the war. Jones looks like he knows how to scrap after a few Jamesons, but, don’t like the façade fool you – the dude lives in the middle of Nowhere, Oklahoma working on a ranch doing man shit like moving cattle, and in his spare time writes incredible songs that dance in the shadows of artists like JD McPherson, Leon Bridges, Turnpike Troubadours, and Lucero.

On his debut record, Found My Way, Jones taps into themes of heartbreak, travel the forgotten American roads, and obviously – figuring out who he is one scar at a time. And the results were worth whatever hell Jones managed to dance through.

“Blacktop Bound” sounds like any sold-out Saturday night at Austin’s famed Continental Club. The drive, the beat, and the funk are all in the mix, ready for a spilled beer and secretly exchanged numbers, away from prying eyes.

The songs on Found My Way are dripping with massive organs, dirty guitar tones, a long moan into the void. Jones delivers a must listen to anyone deep into Americana and who likes looking for trouble. The slower country-tinged tunes are excellent. They speak the language of someone who’s wound up in one too many dive bars alone for one wrong reason or another. Still, it’s the foot stompers like the previously mentioned “Blacktop Bound” or “Mexican Gold” is where Jones truly shines, proving he could play with the big dogs who love good timin’ and getting into trouble. If you see Jones’ name on the marquee of your local dance hall in the coming months or years, don’t be surprised. Just roll a joint, put on your shitkickers and get out there and party your ass off. That’s  what his music thrives on – the pulsing beat of “fuck just say no, let’s all say hell yes.”