The Farce 5: A Dumb Interview With Jaime Wyatt 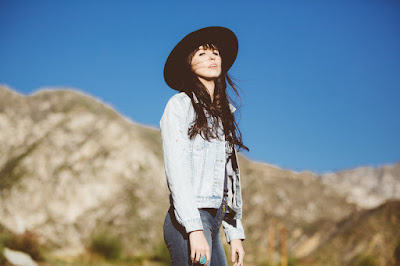 I caught up with the very talented Jaime Wyatt after a Shooter Jennings set and during my drunkest stint of the 3rd Outlaw Country Cruise. Somehow I managed to mess up the recording by drunkenly stopping and starting the recording app on my phone but I managed to remember enough to type this up. I doubt I got it all but I’m surprised I even remembered any of it.

Farce: Are you ready for the worst five questions in music?

Farce: If you could only pick one, what (I can’t even spell what I said here) of music would you put yourself into?

Jaime: Are you trying to say genre?

Farce: You’ve been out touring and hanging with other singer so which artist you’ve been around takes takes the stinkiest shits?

Farce: Yeah, but I’m sure they throw you in a room with guys at shows sometimes.

Jaime: (She’s now putting serious thought into this) Well, the other day on the bus there was a smell. I’m not sure who did it with everyone in there and it’s hard to tell on a bus but I’ll say it was Ted. (bassist Ted Russell Kamp)

Farce: Have you ever pretended to remember a fan that you've encountered so they'd quit telling you why you should know them?

Jaime: No I can’t lie, I just tell them I don’t remember. I’m very honest.

Farce: Can’t fault you for that.

Farce: Can you describe your worst hotel experience?

Jaime: Oh shit, I can’t remember the name of the hotel (and I was drunk and hit the stop recording button so we are officially relying on my drunken memory) but there was a party and the management and law showed up.

Farce: Probably better off we don’t remember for lawsuit sakes. If you could make a singer or band disappear forever who would it be and why?

Jaime: I hope you wont be offended.

Farce: I don’t give a shit.

Farce: Hell no that’s a great answer. I don’t think that would offend anyone on this boat. Thanks Jaime, I’ve got to go tell Shooter he’s an asshole. (He heard me)

Jaime: Thank you for doing this.

Editor's Note: Please go purchase some music from Jaime to make this up to her somehow.
--> Felony Blues