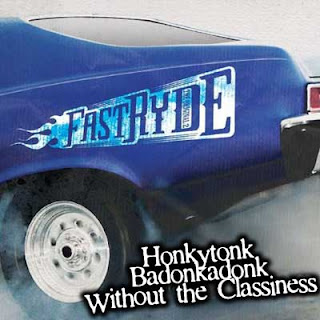 Not too shabby (3 Stars) – did sound like big & rich. But loving the picture on their cover!
-Novagirl82

I've heard this described as a party song or a novelty song, but that must be some sort of sick joke. The lyrics read more like a tragedy to me. This lady has some real difficulties in her life, yet this new band chooses to ridicule and exploit her issues.

She got that thang in her back? She really should see a doctor. It could be a bulging disc or a tumor.

It makes people say "Hey, look at that"?? These are some very inconsiderate people pointing out her hump (not her lovely lady lumps).

It might set something on fire? What's going on back there that could do that?!? Apparently, that thang in her back is so large, it's causing some really dangerous friction against her clothing.

This is serious stuff! These tools shouldn't write and perform a song about this poor lady's condition or deformation, they should write and perform an actual country song to make money to help out with her medical bills. She can't fit in her shorts, people!

She's got junk like a trailer yard? So, she's got a car up on blocks, a rusted out hibachi, some beer cans and a broken plastic flamingo? Somebody get Extreme Home Makeover on the line! Someone with such a hard life shouldn't have to worry about her property decor and landscaping.

It's plumb disgraceful how these guys point out this woman's flaws but offer up nothing to remedy her sad situation. Aside from the godawful sound of the music, the ill-fitting hip-hop affectations and the annoying repetition of "dang" and "doing" (which rhymes with boing, not booing - which I'm doing), this is the most depressing and pointless song currently on country radio. I hope that radio programmers and country fans alike will dismiss its insensitive and abusive message. Good day. 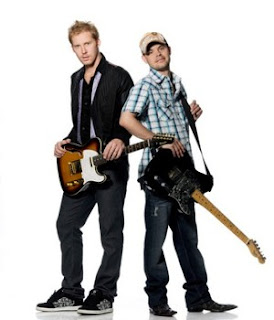 The latest nonsense from Trailer at 6:02 PM