As many of you know, Blake Shelton and I engaged in something of a Twitter slap-fight yesterday (and continuing into today). I started it... with this:

...but then, I've talked trash to him before. He just never responded until yesterday. We had a short back and forth before he resorted to editing my Tweets to make me look stupid(er than normal) and like something of a stalker. His fans blew up my mentions to the point I couldn't/didn't even read 80% of them... and I was called every name an adult with the mind of a five-year-old can think of. @farcethemusic was the #2 trending profile on Twitter for 3 hours yesterday morning. My heart rate was through the roof.

Despite starting off the "conversation" with some name-calling, I did try to engage Blake and I think I held my own with him in both content and humor. However, since he has 2.7 million followers, I could have Tweeted the greatest joke ever told and it wouldn't matter. I lost in the court of public opinion from Blake's first Tweet. How dare you? You're jealous. You're a failed musician living in mom's basement. Blake told you! I heard all the trite garbage I usually do, just x10000. I'm thick-skinned, so it all bounced off. In the end, I added Twitter followers and blog traffic while Blake was able to distract people from his sub-par new album....so it's a win-win!

Here are 4 new BS memes, the second one a crowd-sourced joke (heard it from several supporters) and the other three from Jeremy Harris! 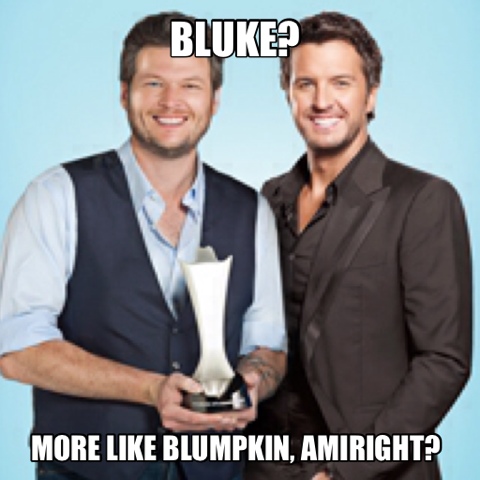 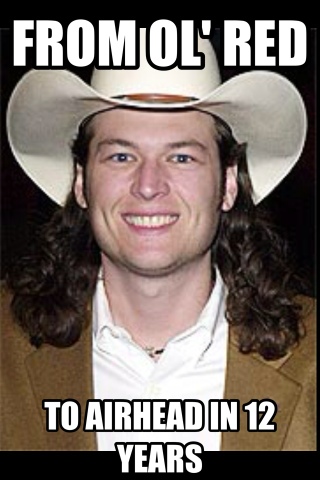 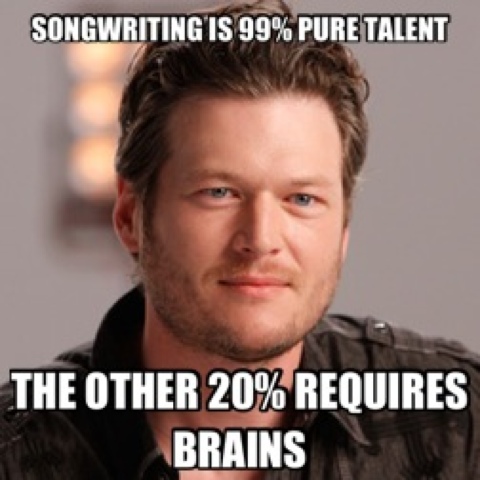 The latest nonsense from Trailer at 12:11 PM