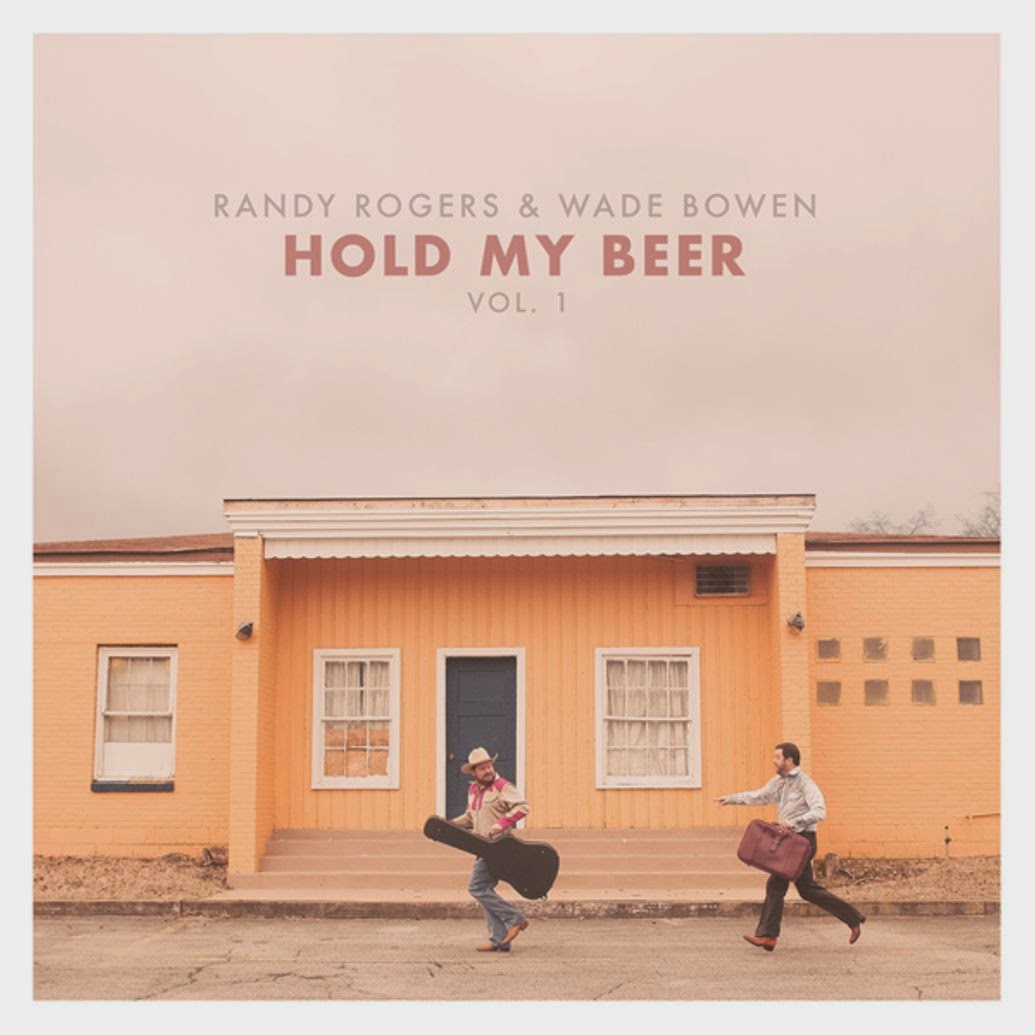 Hold My Beer, Vol. 1, the new album from Randy Rogers and Wade Bowen, sounds as much like a celebration of friendship as it does a duets album from the pair of popular Texas troubadours. There's a palpable sense of fun and camaraderie throughout the ten song collection.  It’s the soundtrack to a good Saturday afternoon barbecue, a party record for people who'd rather not fist-pump, a greatest hits collection of songs you haven’t heard yet (unless you've been to their summer tours of the same name as the album).

That’s not to say the songs don’t hold together as a consistent album - the song order is organic, the songs clearly come from a collective creative vision, and there’s a common production quality - but it truly sounds like a “Best of” set that just happens to be a regular album. While I don’t want every album to be quite so packed with “event” songs, it’s a compliment for Hold My Beer. There’s no lag; all killer no filler, as they say.

There are songs which stand out from the rest, however. “Good Luck With That” is a humorous and self-deprecating tune that sounds like cross between a Texas-music scene staple and one of those short ditties George Strait used to include on every album. It’s a good time.

“Standards” is a friendly kiss-off to the Nashville way of doing things. Wade shrugs off a “bro” song pitched to him with a simple “it’s not me,” before launching into the more biting chorus “I don’t have hits, I’ve got standards,” using the double-meaning of ‘standards’ to perfection. “It’s gotta feel right” replies Randy, maintaining that polite balance.

“El Dorado” is a cowboy epic, a solemn and thoughtful goodbye from an old desperado. While neither Randy nor Wade has the sort of voice you’d describe as wide-ranging, their voices entangle so perfectly as to soar across the western vistas of the song during the instantly memorable chorus. It’s an extremely moving song, and one of my favorite of the year thus far.

The record closes with a cover of Willie & Merle’s “Reasons to Quit” (fittingly, from that legendary pair of friends’ duet album Pancho and Lefty). It’s a sobering way to end the album, but Wade and Randy’s vocals play off one another with a warmth and understanding that imbues the tune with unexpected liveliness.

Hold My Beer, Vol. 1 is more than a summary of Randy and Wade’s annual tour. It’s a strong and artful set of songs that never drags in the slow moments, and never embarrasses you during the more party-friendly moments. Fire up the grill, throw a koozie on a Shiner Bock, and turn this up.

Hold My Beer, Vol. 1 is available today at iTunes, Amazon, Lonestar Music and all the usual locations.
The latest nonsense from Farcer at 11:30 AM