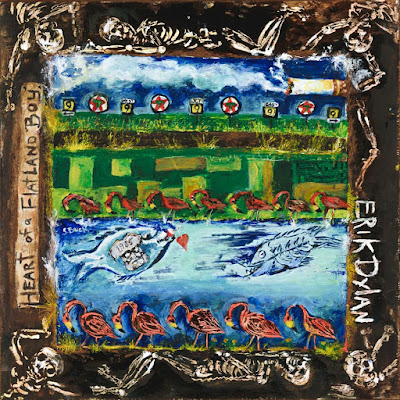 If you're like me, one of the first things you'll notice about Erik Dylan is his vocal similarity to 1990's Steve Earle. It's undeniable. There's also some Chris Knight, some Guy Clark, and some John Mellencamp in there.

Don't let that dissuade you though; this guy's no cheap imitation, and he's got "it." "It," as in songwriting chops, a singular point of view, and an indefinable gravity. He's even got a blessing of sorts from the Earle family by way of Steve's niece providing backing vocals on lead single "Pink Flamingos."

Dylan's written songs for or with Nashville acts like Thompson Square, Eric Paslay, and Kip Moore, but his own music hardly fits the mold for radio airplay. Not to say radio isn't moving his direction, but Dylan's sound would still be considered edgy by Top 40 standards. It's not squarely in the realm of Americana either - there's a clear commercial bent to the sound - he resides somewhere in the middle ground. 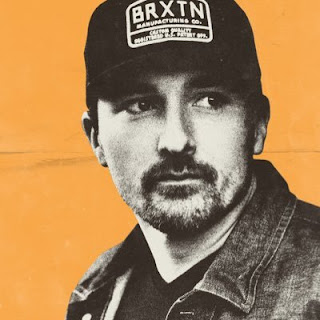 And the writing… the writing is pure heartland. Downtrodden blue collar souls, broken hearts, and small town dreamers populate his songs with a depth that's detailed enough to carry a songwriters' night, but a universal appeal to grab more commercially-oriented souls.

All that said and I haven't even mentioned the album yet. Heart of a Flatland Boy is out Friday, and if the first four paragraphs perked your ears, you need to click play or download on this record.

The aforementioned "Pink Flamingos" is "Feel Alright" (Earle) meets "Goodbye Earl" (Dixie Chicks) and if that ain't the formula for a killer tune, I don't know what is. It's a backroads justice tune with a little dark humor and a lot of devil-may-care attitude.

"Astronaut" is a dreamer's anthem. It's a little fanciful and a lot of fun. A working man dreams of getting out, whether by rocket ship or lottery windfall, but he's stuck in a map dot town with a "Copenhagen habit and a GED." And that line there is the hook that will stick in your head long after the album is over, whether you want it to or not.

The album's most moving song is "Fishing Alone." It's a recounting of regrets after losing a close family member that touches the heart and sets the most important things in life in proper order. Give it a listen and then go call your dad.

Heart of a Flatland Boy is a bold debut, full of stories and emotions. It deals less in platitudes than it does in reality, more in grit than gloss, but there's still more than enough catchiness to appeal to even the most passive listener. Dylan is a promising talent who's landed with an album that already surpasses many artists' potentials. It's well worth your time.

Heart of a Flatland Boy is available on iTunes, Amazon, etc.
The latest nonsense from Farcer at 9:00 AM