Root For the Home Team: Say Hey to Caleb Caudle 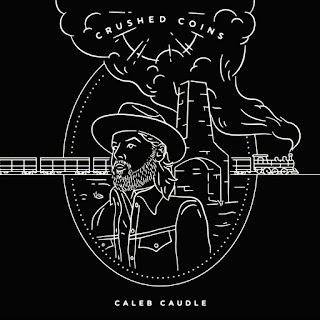 When you do what we do, there are folks you consider “the home team,” the musicians we’ve watched grow over the years. The artists we were begging readers to check out long before they broke out or hooked up with a super producer. Tyler Childers and Colter Wall made their way onto the national stage. We’re always rooting for Justin Wells, and we want Lindi Ortega to do well. Jason Isbell is slowly taking over everything, and some of us can remember when Sturgill was playing rooms to 100 people. There are so many great bands out there grinding, The Quiet Hollers, Two Cow Garage, Shovels and Rope; we tip our hats to all of them.

We take pride in seeing these folks bloom, which in some cases, submitted a few scratch tracks or sent us a tweet to check out their music. These once obscure artists are getting a shot at real success.

Another one of those folks we love and are unbelievably proud of is Caleb Caudle. On his newest record, Crushed Coins, Caleb Caudle is making noise that’s booming louder than his critically acclaimed Carolina Ghost.

Crushed Coins feels different than Carolina Ghost in that the body of work is less reliant on the big and bright late 80’s/early 90’s country overtones, and instead feels personal and more “Americana” than strict, by the book country and western.

Crushed Coins features straight-ahead songwriting and a strict reliance on mastery of craft instead of studio trickery or layers of instruments designed to muddle the message. There are some heartbreakers, some good time jams and some beer drinking tunes, which as about all you can ask for in a straight ahead country record.

If Randy Travis or Garth Brooks is on your Spotify playlist, be sure to check out everything Caleb Caudle has released, he’s one of the best dudes putting in the work. He’s skillfully adept at harnessing that clean, powerful and hooky sound those guys pulled off back in the day. I’ve said it before, but it bears repeating, Caleb Caudle is an artist that appeals to older country fans, but can also bring in a lot of new people. He’s got an immediate likability, but also listenability that many artists, no matter how great just can’t foster.

As Pantera taught us on the home video: KEEP THE SCENE ALIVE, MAN.

Grab Crushed Coins from Caleb's Bandcamp site or find it at all the other usual places.