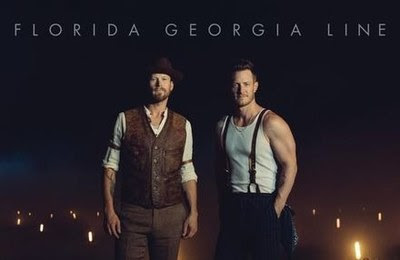 "TF is this?? Old crusty ass 40 year old man music?" asked a furious Lindseigh Locklin on her Twitter account. What she was referring to was the embedded Spotify link to Florida-Georgia Line's newest single "Simple." "Really disappointed N FGL RN" continued Locklin. "They shud no we like them BC we DONT like old timey country music like they're new song." [sic]

Lindseigh's isn't just an outlier of an opinion either. "Simple" is ruffling feathers all over the FGL fandom.

A public Facebook post from Coreigh Akers of Popknot, GA expressed similar concerns:
Have you guy's heard FGL's new song "Simple? I don't know what to think yet. I wanna like it because its them but where are the beats? And why does it sound old …like something from 1998 or something? If I wanted to listen to Randy Travers or Mark Chestnuts, I'd get a dusty ass CD out my parents' room. Why are FGL selling out like this?????"

While it's early to say whether or not the new "old crusty ass 40 year old man music" direction will hurt album or ticket sales, it seems clear that the act's younger fans aren't particularly pleased. One college-aged man has even started a Facebook page called "Bring Back the Party, FGL."

Jason "Broseph" Parks, in the mission statement of the page, which boasts 324 dissatisfied fans (and is growing by the day), says the following:
We our the true fans of Forlida-Georgia Line and we ain't gone a take it any more. We come here to party and too drink beer and not to listen too are grand parent's music. We hearby are telling Tyler and Brian to BRING BACK THE DAMN PARTY! We won't country rap and cool sound effects and music we can dance with hotties too! If your in agreement with me, join up!

At press time, it still wasn't clear whether the unhappy FGL fans had heard the duo's other new song "Colorado."

The latest nonsense from Farcer at 9:30 AM