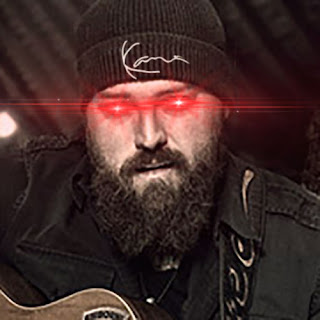 The Zac Brown Band’s upcoming album The Owl already promises to be controversial among fans and detractors alike. With Brown announcing the participation of several pop producers, and YouTubers posting live performances of new hip-hop flavored songs from the band, the record is sure to raise some country purists’ hackles.

Now comes word of a ‘hidden’ track on the album that takes aims at those very naysayers. Brown already infamously told off the haters on June’s CMT Awards with a profane outburst, but we’re told this song takes things much further. In what’s known in rap circles as a “diss track,” Zac calls out critics, country bloggers, and former fans over their “closed-minded ways.”

While it’s uncertain if the song, entitled “Hyde Goes Off,” (named for literary villain Edward Hyde, and ZBB’s own Jeckyll and Hyde album) will see the light of day on the official release, sources have assured us that the song is very much real. “He’s sick of people expecting him to adhere to a certain standard of quality in his music, so he’s lashing out.” said one party. “Zac has been, um, experimenting in life, and that has carried over to his songs, and he wants to be able to fart around in the DJ booth or drop bars as he pleases without bloggers making fun of him.” said another.

We haven’t heard “Hyde Goes Off,” but were given a verse of the song, which is said to be very ‘gangsta rap’ with gun shot sound effects and chains rattling in the background. An excerpt of the verse follows.

Ya callin’ me a hypocrite
But bitches, I’m a hustla
Hittin’ corners in my Chiron whip
You just a bunch of bustaz
I just wanna sling my trap
Blaze the weed and stack my dough
Don’t make me have to bust a cap
In y’all “that ain’t country” hoes

At press time, Zac Brown was stumbling around a haberdashery, dressed like a 1930s motorcycle sidecar passenger, mumbling incoherently about whipping someone named “Trailer’s” ass.