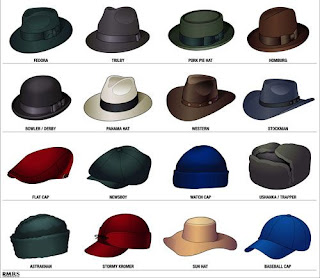 Aramy Turner, an Americana singer from Jackson, TN has spent several days searching for just the right look. He and his band, The Loosies, are about to do the photo shoot for their debut album and Turner is working himself into a tizzy in his quest for “authenticity.”

“I can’t do a cowboy hat because the Texas crowd will eat me alive on social media for not wearing it with just the right crease or something,” he fretted. “And the Texas scene is definitely a market where we want to get a foothold demographically …uh, I mean, them fans is real and shucks, we just want to play ‘em good music!”

Turner tries on a porkpie hat and smiles. “That’s what I’d love to wear, because I’m a hipster from way back, but I know Farce the Music would make fun of me, not that they have quite as much clout since the bro-country era, according to our data… um, I mean, I’m just gonna go a different direction so I look more natural.” said Aramy, giving a little too much away. “And I can’t do a flat cap because I’ve never been in a hardcore band.”

The Loosies, for their part declined the invitation to shop for headwear with their mouthpiece, settling on trucker caps and fishing hats they already owned, and the label approved. Turner knows that he’ll be a focal point in the promotion though, so he’s struggling to strike that perfect balance between fashion plate and “real hard-working salt-of-the-earth type who just happens to sing songs about loss of train culture and raising the minimum wage.”

“I can’t look like I tried too hard, even though that’s what I’m doing right now,” laughed Turner. “And I also can’t do the Luke Combs thing where it looks like he just pulled out a beer-stained hat that was stuck in some gum under his truck seat.”

At press time, Turner was working with a haberdasher to custom design a fedora/cowboy hat hybrid that would hide his receding hairline and set off his beard just right.