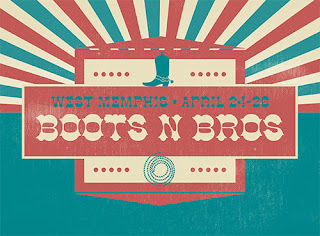 Boots and Bros, an upcoming country music festival in West Memphis, TN has taken it on the chin on Twitter due to its male-heavy lineup. Of 32 artists performing, only 2 are women, and one of those is in a male-female duo. Berk Cordero, director of the event promoter BroCore Media, said the negative social media response to the festival’s lineup has led the event to agree to add 20 women to the post-show cleanup crew.

“We want to provide opportunities for women to be a part of this great event.” smiled Cordero, “In addition to the usual contract workers we’ll have in to pick up trash, we’ll have our own all-female cleaning crew!” He went on to praise his company’s willingness to listen to criticism and to give equal opportunities to people who might not normally be a part of such an event.

Work hours will run from 11 PM to 3 AM Friday-Sunday with a smaller crew brought in for prep each morning. Duties listed on BroCore’s Glassdoor job advertisement include: collection and transportation of trash, stage breakdown, vomit removal, packing and storing of materials, portapotty draining, portapotty hosing, portapotty loading, and other activities. Applications can be picked up at the dog track during normal hours of operation.

All the women employed on the evenings will be provided with a pink and black “Event Staff” t-shirt, temporary usage of safety flashers and a flashlight, and $7.25 an hour. “They can keep the shirt too!” beamed Cordero. “And while we ask that they turn in any valuables they recover, well, you know…things happen. Consider it a little bonus. And some will even be able to begin their work while the headliner is still on stage. Working under the stars in the spring air while Sam Hunt talk sings. What could be better than that?”

When asked if the committee would be considering adding any more women to the actual lineup of performers, Cordero responded: “LOL” (spoken aloud).