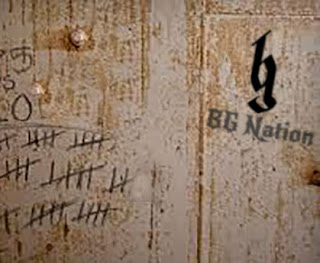 Hancock State Prison inmate Nat Barksdale wants you to know that not all Brantley Gilbert fans are criminals. He took time out of his busy staring at the wall routine to write us a letter to that effect.

Barksdale, who in 2012 was the first Brantley Gilbert fan ever to graduate from high school, is currently serving 7 years in the Sparta, GA correctional facility for B&E and possession with intent to distribute. He expects early release in 2022 thanks to his uncle who knows some people.

In Nat’s letter, he wanted to stress that almost half of the people he knows who are fans of Gilbert’s music have never even gotten felonies. On the contrary, many of them, while not really upstanding citizens, are gainfully employed and charitable individuals. He cited his friend Clarence, who despite a warrant or two, runs a profitable automobile ‘reclamation’ business in Smyrna. Clarence raises dogs for ‘sporting events’ and even gives freely of his ‘medical supplies’ when people are in need. Impressive.

We’ll let Nat’s letter speak for itself now:
“Look, I know your joking and everything and I even laugh sometimes when I get internet time in the library, but I think your way off base. I’ve already told you about Clarence and Walt White, but their’s one that’s a real success story. That’s my ex Jeanette (Cosby). She graduated last year while raising are daughter and has got her own hair salon down on the bypass. We never did get married and she broke up with me once the charges stuck, but I’m still real proud of her. Anyway, please tell you’re readers that at least a third of BG Nation is pretty good people.”

When reached for comment, Cosby told us she didn’t listen to Brantley Gilbert anymore and was more into EDM.