A self-described “real country fan” is miffed at you. You recently posted your “Top 10 Albums of 2020” on your blog, and he’s positively enraged that you didn’t include his favorite, despite it being a terribly obscure, poorly produced, entirely un-marketed album of lo-fi outlaw country. 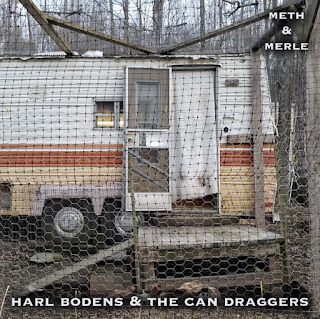 “I can’t believe this s***,” said Carl Outlaw, the aforementioned real country fan. “They call themself a fan of country and Americana music and yet didn’t give Harl Bodens & The Can Draggers’ album even an honorable mention?? They probably should shut down the blog.”

The album, entitled Meth & Merle, was only released through Harl Bodens’ website in 8-track format or as a massive 1-track wav file, yet Outlaw expects you to have not only heard it, but to have found it to be among the best of approximately 2,394 country-related albums released in 2020. “I’m going too stop followering you.” read Carl’s blog comment. “If you ain’t as in formed as me about country music, why do I even need too bother?” (The incorrect grammar is Carl’s doing)

“Meth & Merle is clearly the most authentic country album of the century,” Carl told us. “The band recorded it in a chicken coop while stoned out of their minds on shrooms. Also, nobody else I know likes them so that means they’re good.”

Little does Mr. Outlaw know, you actually have heard the album and just didn’t think it was very good. “It sounds like it was recorded in a dumpster, the singer can’t carry a tune in a barrel, the lyrics are predictable, and the ‘fiddle’ is just some drunk guy screeching.” you informed us.