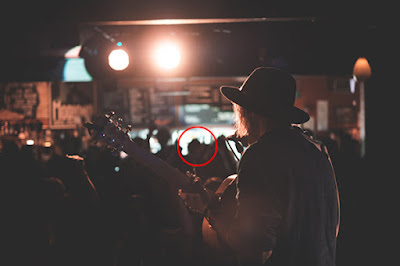 The man who kept yelling out the names of songs the band plays at every show was just concerned they wouldn’t. He didn’t realize he was annoying you with his constant hollering of obvious song titles, and acting pissed when they didn’t play one of those songs immediately after his obnoxious request.

Lee Baker, of Tallahassee, is a contractor and father of three, who because of the pandemic and his family duties hasn’t been to a live music show in over 2 years. You may recognize him as the average looking dad with dark circles under his eyes who’s always alone at Americana, country, and folk rock shows, very drunk, and looking as if he hasn’t been out of the house in ages.

“Well, I haven’t been to a show in over 2 years,” said Baker. “And I haven’t been out of the house in ages, so I just wanted to make sure I’d hear my favorites. Is that so wrong? ”

“It was so wrong.” said the band’s lead singer. “As if we weren’t going to get around to our three most popular songs that our fans love singing along to at literally every single show we do. He might as well have yelled at me to ‘make vocalizations with your throat, tongue, and mouth!’”

Like a Skynyrd fan yelling “Free Bird!,” Baker held his IPA in the air and continuously screamed out titles that are so much a part of the bands repertoire that they don’t even include them on the typed out set list any more. “What’s he think?” asked the group’s bassist. “We’re gonna play Luke Bryan covers and deep cuts all night?!”

“He even yelled out one song they’d already played,” said another exasperated show goer. “I’ve talked to him before and he’s a nice guy until the lights go down. He needs to get laid.”