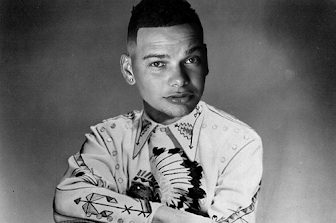 Spurred on by the popularity of somewhat neo-traditional artists Jon Pardi and Luke Combs, nearly every pop-country artist vowed this week that their next release will be “country as hell.”

“We’re even bringing in a violin player!” smiled Kane Brown, in studio working on his proper follow-up to 2019’s Experiment. “It’s gonna be country as hell!” Brown was said to be drinking moonshine from a jar and wearing steel toe work boots in the vocal booth to get into character.

Thomas Rhett recently released the album Country Again, Side A, which features two songs with the word ‘country’ in the title. “Yeah, we saw the writing on the wall…. errr, I mean, we felt that this was the natural evolution of my sound.” said Rhett. Critics and naysayers were skeptical but modestly surprised with the results.

The changing tides in Nashville have even spurred a peculiar support industry - the “country life coach.” Consultants have hired on with several pop-country artists to help them work on their authenticity, which seems ironic. “We’ve put (name excluded) on a diet of fried foods and got him out of the gym into the hog barn, ha.” said Richard Perkins, an authenticity coach. “We’ve taught him what a steel guitar is, and how to tie a trot line, not just sing about one.”

While the trend toward more organic and source-oriented country music is not unwelcome, one must question the motives for the turn. D-Lister Dylan Scott told us “Well, my management somehow works me a hit or two a year, but nobody’s ever heard of me; we had to do something …so we’re in the studio working on some country as hell country!” smiled the burly Louisiana native.

At press time, Sam Hunt had no plans to stop talk singing about small town breakups over trap beats.