So, Trailer Got Interviewed...

Reposted with permission from Jessica Blankenship. 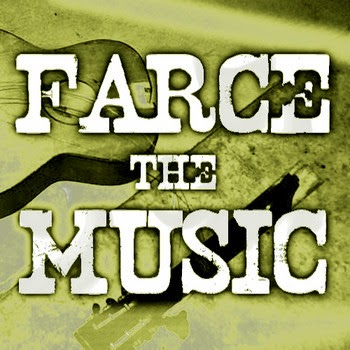 Email ThisBlogThis!Share to TwitterShare to FacebookShare to Pinterest
Labels: FTM Sells Out, Interviews 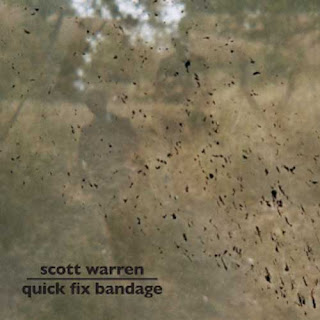 Scott Warren - Quick Fix Bandage
Scott Warren is a singer-songwriter with a charming folksy pop-rock sound that probably could have garnered him a hit or two back in the 90's when folks like Del Amitri, Duncan Sheik and Toad the Wet Sprocket still graced the airwaves. On Quick Fix Bandage, that sound is pulled towards the Americana genre with some subtle sweeps of steel guitar, mournful lyrics and Scott's warm Westerbergian rasp.
There's also an obvious AAA contemporary bent that makes it easy to imagine nearly any of the songs on the album playing in the background of an overly emotional scene on One Tree Hill or Melrose. Mind you, they would be among the best tunes to ever set that schmaltzy mood. Never fear guys, only the slightly annoying "Laugh Through the Pain," with it's repetitive "I love you's," sounds overly chick-oriented. There are enough touches of harmonica and rustic atmospherics to maintain a degree of alt-country cred.
The opening "Before You Say Goodbye" is a moody but catchy pop rocker that should be a hit, but likely won't ever get enough attention to pull it into the mainstream. "Along for the Ride" is a standout track, reminiscent of Buffalo Tom's most commercial output. Another of the album's highlights is the down-tempo cover of America's "Sister Golden Hair" which bestows a completely different emotional personality on the classic tune.
QFB, to me, feels like the soundtrack to a wistful fall afternoon. It's a solid, memorable album that pop-rock lovers along with fans of the likes of Ryan Adams, Rhett Miller and Pete Yorn should definitely enjoy.
Check him out here: http://www.myspace.com/scottwarrenmusic
Free, legal song download here: Before You Say Goodbye
Buy the album on iTunes or at Amazon
The latest nonsense from Trailer at 7:37 PM 0 complaints

Farce the Music Sells Out #3

Here's another rambling, so-called review at FTM. Though straight reviews shall remain relatively rare here, there will be two more tomorrow - Zac Brown Band and Scott Warren - before we return to the funny with the next edition of "31 Country Themes" and a "Bigger in Texas 2" honest album covers day. For now, please check out this fine album. 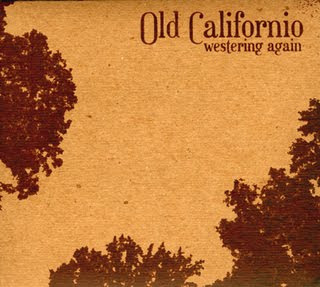 Old Californio - Westering Again
Westering Again is a killer country rock album with something for nearly everyone who reads this blog. There is an obvious Beatles influence in many of the melodies and harmonies. There's also sweet jangle pop reminiscent of the Jayhawks going on with some Calexico-esque mariachi spicing things up. In the mellower moments, some of the same dusty landscapes of Richmond Fontaine's story songs are visited here, but the mood rarely gets that somber. Can't help but hear a little Gram Parsons every now and then as well.
The opening track, "Mother Road," is a great, uh, road song (too obvious?) that taps the toe and fills the soul with sunshine. Cheesy description - great song. "From the Mouth of Babes" sounds like Oasis by way of Dylan and features an earworm of a chorus. The only real misstep is "Warmth of the Sun," an over-thought rocker whose mid-tempo groove finally resolves itself into an unfulfilling coda. Fortunately, Westering Again brings it home with three great songs including the epic (in scope not scale) "Lazy Old San Gabriels" and the thoughtful but lilting "California Goodness."
Despite the fact that I played "spot the influences" and "name the similar sounding artists" with this review, Old Californio has its own vibrant personality and fills out this record as a fully realized artist, not just a mockingbird of a "genericana" band. Well worth the purchase. Even fans of more mainstream music would find a lot to love here - this is a very accessible listen.
Check 'em out here: http://www.myspace.com/oldcalifornio
Free, legal song download: "Mother Road"
Buy the album on iTunes or here: http://www.cdbaby.com/cd/oldcalifornio
The latest nonsense from Farcer at 8:21 PM 1 complaints

Farce the Music Sells Out #2 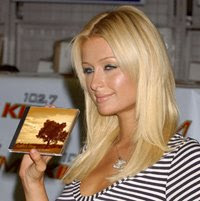 I don't really know how to properly describe Amber Dust's sound or tell you what genre they're in. They're kinda folk-pop with some Americana and country-ish undertones and their songs have a nice warm glow about them. Most of them are fairly laid back in tempo and smooth as waxed butter. Something like that.... all I know is I really like 'em and they're extremely talented. I even know one of the dudes in the band and he's alright when he's off the Jack Daniels and mini-thins. Did I mention they're also generous? You can get both their debut album and their follow up EP for free at their website 24/7. Maybe if enough people jet over and grab their tunes, the boys will get off their posteriors and release the already-recorded next full Amber Dust album. Give 'em a try!
Check out their sound here (cool Danzig cover along with my two favorite Amber Dust songs, "Tear it Down" and "An Unfamiliar House" are all on their player!): http://www.myspace.com/amberdustmusic
Free full-length album and EP available here:
http://www.amberdustmusic.com/discography.html
The latest nonsense from Trailer at 6:27 PM 0 complaints

Email ThisBlogThis!Share to TwitterShare to FacebookShare to Pinterest
Labels: FTM Sells Out

I don't have a lot of bands contacting me for promotional purposes. The reason for that is obvious - I'm mean. Despite the fact that this blog's place in the world is to make fun of anything and everything music related (particularly country related), no matter how inane or sophomoric, I have received my share of emails from groups and artists wanting me to check out their material, and if interested, post a feature about them along with an mp3. To this point, I haven't been impressed enough with anything I've heard to mention it here. The Devil Makes Three's album Do Wrong Right has impressed me enough to be featured as my first FTM Sells Out (the first of what won't be a frequent feature, so that shows you how much I enjoy this album). 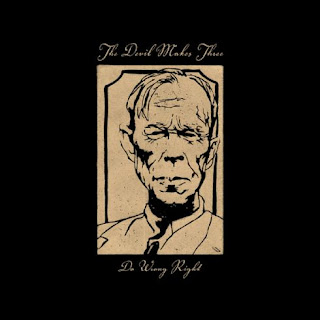 Falling right in the pocket of the kind of music that's moving me these days, The Devil Make Three is a string band that blends bluegrass, folk and country into an engaging mix of traditional sounds with an absolutely electric vibe. The playing is top notch, the vocals are strong and the writing is stellar. In fact, I can't find a weak facet to this group. Being a lyricist on the side, I'm drawn to smart, interesting, humorous or soulful lyrics that don't feel contrived and The DM3 deliver on all points. They dip into politics without pandering or pissing. They write about religion thoughtfully and cleverly. They tackle love, drugs and other blue collar interests in fresh and interesting ways. This is an exciting band with a bright future. For reference, you'll probably dig The Devil Makes Three if you like Justin Townes Earle, Old Crow Medicine Show, Bob Dylan or The Avett Brothers, among others. Their new album is called Do Wrong Right and it's one of the best I've heard this year. Definitely check out their Myspace page and I'm also providing a link for a free mp3 download of "All Hail" from Do Wrong Right.
Free Download:
"All Hail"
The Devil Makes Three's Myspace Site
Buy "Do Wrong Right" CD
Buy "Do Wrong Right" Digital Download
The latest nonsense from Trailer at 6:55 PM 4 complaints