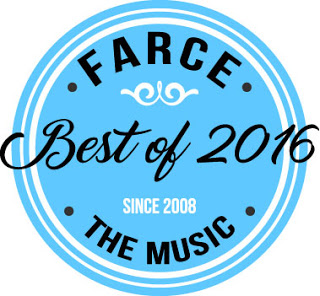 We won't necessarily post every contributor's votes for best album, but we'll share with you this week some of our individual top albums lists. Here is Kevin Broughton's. 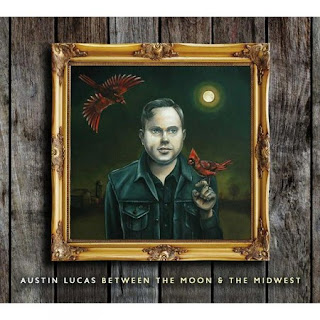 1.  Austin Lucas, Between the Moon and the Midwest.

One of two or three genuine country music masterpieces in a year of hearty competition, I wrote in May that “somebody better pack a lunch if he wants to displace this as the best country album of 2016.” Several worthy folks did, yet here’s your champ.  Lucas didn’t write and arrange; he composed. The heartache is real, the vocals brilliant. Oh, and as a bonus it packs the finest duet of the year, with Lydia Loveless.

A terrific breakout album from a kind and humble Georgian, this record’s beauty lies in its simplicity. Yes, Nashville, it’s possible to sing about the joys of rural living without sounding forced, contrived, and stupid. Country music needs more Brent Cobbs. Maybe a dozen.

I’m probably in the minority, thinking this record is better than the blockbuster Meta Modern Sounds in Country Music. Then again, the Grammy folks grew a brain and made it an “album of the year” nominee in addition to best country album. Sturgill does it his way again, while telling the Nashville suits to pound sand. He’s the baddest ass in music, and we should all thank him.

It’s the Texan’s best work yet, by a wide margin. And man, it’s sad. Wistful in some spots, forlorn and outright hopeless in others, the one upbeat number is “I’m Drinking Through It.” (“Sometimes you’re thirsty, sometimes you just need a drink.”) Not an album you’ll listen to on a regular basis, but its authenticity shines through in Ingram’s soulful vocals and sparse arrangements.

“Easy on the ears, heavy on the heart,” according to the band’s website. Yep. Bossman Trailer nailed it in his review. This one’s a real keeper.

Let’s get this out of the way: Robbie Fulks is a bona fide musical genius and a real man of letters. It’s fitting that this album was inspired by James Agee’s nonfictional literary triumph, Let Us All Praise Famous Men. The record’s first track, “Alabama at Night,” snagged a Grammy nomination for best folk song. Fulks, an elder statesman at the iconic Bloodshot Records, is the true triple threat: Guitar virtuosity, brilliant lyrics, and a pure high tenor. If he has a peer in the craft, I’ve yet to hear him.

Another genuinely great country album in a year when the “neo-traditionalists” are gaining traction. Packed with spiritual themes, this record should be an exemplar to any bros out there who’d like to try something real for a change.

Their best record yet, and it straddles the country and rock worlds with perfect balance.

It’s weird and wonderfully addictive. I dare you to find a comparison. Go ahead. Try.

It’s five of Chicago’s best doing the happiest album of the year. Everybody needs to listen to this album once a week.

The latest nonsense from Farcer at 9:48 AM