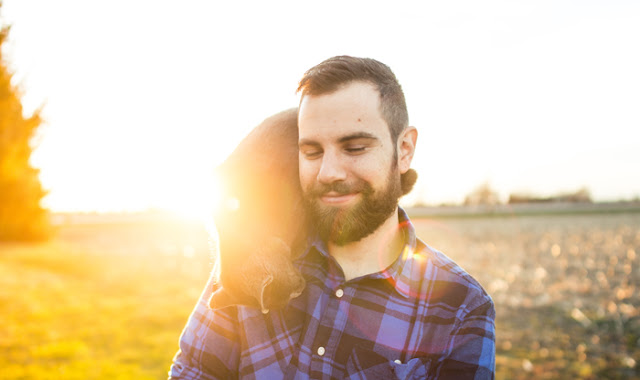 Already named on 53 "ones to watch in 2017" lists, Dylin Peters is poised to be the break-out country star of the coming year. The strapping 22-year-old is a former college tight end who hosted sorority poetry nights when he wasn't practicing on the gridiron. Now he's signed to Big Machine and ready to open eyes, ears, and legs.

Label head Scott Borchetta says he saw country music's future when he signed Dylin through a modeling agency saw Dylin play a writer's round in Nashville. "He's got that indefinable 'it' factor," beamed Borchetta "He's got that certain something that appeals to college girls who miss all the fun party songs on the radio, and don't really like Chris Stapleton but got swept up in his buzz."

Peters for his part, is busy sculpting his abs in the gym and his beard in the mirror. "I'm here to make it cool to party again, but with like, bigger words in the lyrics" he smiles, winningly, through much facial hair.

When asked of his influences, the earthy, yet conventionally handsome Peters mentions Luke Bryan, Drake, and the Allman Brothers. It's not lip service either. Dylin's music calls to mind a soulful southern rock show with a modern commodified twist. The difference is in his lyrics, written by droves of Nashville's finest writers, which intersperse emotional truths with hip jargon and smoldering come-ons. The difference is also in the presence of more electronic flourishes and in the constant Instagram stream of rough-hewn beefcake photos.

"We weaponized the edgy outsider vibe of Sturgill Simpson and Chris Stapleton with more commercially palatable tempos and pop-influenced soundscapes," says Borchetta. "This guy is gonna be huge with people who only like going to arena shows, but want a little more perceived depth in their background music."

At press time, Peters was preparing to release his first single, "Barrelhouse Babes."


*fake news*
The latest nonsense from Farcer at 9:00 AM