Texas Band Proclaims Love of Their Home State in Song 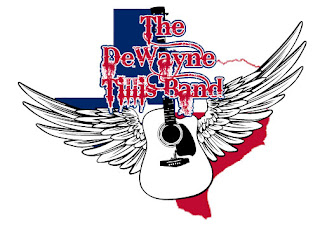 by Trailer - Originally posted on Country California, July 21, 2011
A new band out of New Braunfels, Texas, is proud of their home state and they are not ashamed to let the world know. The DeWayne Tillis Band's debut digital single "Texas in My Veins" is an anthem to the Lone Star State that lets us all in on what's going down in the little-known, rarely mentioned home of such things as "Shiner," "Ray Wylie" and "bluebonnets."

The song, a catchy assimilation of country and rock that sounds vaguely like Steve Earle fronting Lynyrd Skynyrd, is a mash note to Texas, while also reminding us not to "mess" with said state. Lead singer DeWayne Tillis co-wrote the song with bassist Colton McBride after seeing either a Jamie Crowe Band or Kasey Rogers Band concert one night (they couldn't remember which).

"Man, they were so good and had us fist-pumping and 'whoo-ing' all night and just loving life in this humble little state," related Tillis. McBride chimed in: "And we just thought... man, there ought to be at least one song out there to let people know just how completely, unassumingly awesome it is here."

The band's love of Texas isn't limited only to song. Drummer Charlie Peacock revealed some early sketches of the band logo, a charmingly subtle combination of the band's name in a grunge typeface with the state's outline and a guitar which seems to be sprouting eagle wings. "We thought our brand, our logo, ought to be as unique as this reverential land we call home" said Peacock. "Damn, that's gonna look good hanging on cheap banners down at the Icehouse!"

According to DeWayne Tillis, the group's debut album won't focus specifically on Texas: "We got love songs, songs about being a band on the road, uh... did I say love songs already?" The collection of tunes, tentatively titled Aw Shucks, We're From Texas, is due for release in October, or sooner if the single touches a nerve with radio audiences yearning for confirmation of the state they all hold so bashfully dear.