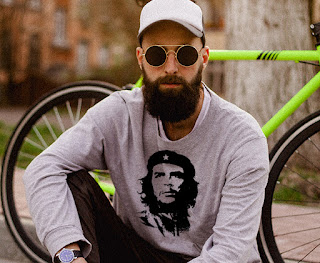 YouTube country sensation Dexter Youngblood keeps hitting a glass ceiling. According to the singer of “My Big Ol’ Truck,” country radio refuses to play the song, which has amassed 1.3 million plays on the video site. “I know it seems hypocritical to seek fortune for my hard work, but capitalism is compulsory at this point in history in America, so why not attempt to spread my message?” asked the Oregon native.

The song, a modern sounding pop-country anthem complete with snap beats and talk-singing, promotes a community based enjoyment of his ’22 Ford F-150 Lightning for partying, trips to ‘parades,’ and helping out ‘people like us.’ While innocent on the surface, there are mentions of the color red, stars, and hammers that let you know Youngblood is adept at symbolism.

“Frankly, it’s a non-starter.” said industry insider Jova Marks. “While the song is innocuous enough and it bangs and slaps and whatnot, mainstream country now is as much based on image and personality, so a little digging by country fans who are predominantly conservative, would end Youngblood’s career before it gets off the ground.”

A press release sent to Farce the Music from Youngblood’s PR stated that his debut album For the Common Good is set for release in November. It will include songs with such titles as “We Can End It, Girl,” “Can I Smash (Capitalism),” “Burn Down My Hometown,” and a cover of Drive-by Truckers’ “Ramon Casiano.”

The album will not be free, despite Youngblood’s close-held belief system. “My parents cut off my allowance because of a little drug issue I had, and I don’t want to lose my second house, so yeah, I’m participating in capitalism …but it’s a necessary evil for now,” he said, brushing a white powder off the sleeve of his Che Guevara t-shirt.

At press time, Youngblood told us “I really don’t know why radio won’t play my music, but I bet its because I’m asexual.”