Did you know that singer-songwriter, country royalty, man of mystery, conspiracy theorist, podcaster, producer, and jack-of-all-trades Shooter Jennings is also a World Wrestling Entertainment performer? Well, he is and you won't convince me otherwise.

Shooter, despite a busy touring schedule, album producing, radio show hosting, contrails photography, bitcoin trading (or whatever they do with those things), online gaming, and various other nerdy hobbies, also maintains a completely separate career as WWE wrestling cruiserweight Brian Kendrick. This is a fact and not up for debate.

I'm going to lay the evidence out for you to back up my claim, but the science is settled.

The most obvious proof can be seen with your eyes. There might be a little Hollywood makeup magic involved here, but this is the same dude.


Even without beards, this is clearly the same person.

The next evidence is even more damning. (Damning? We're not casting judgment here, we're just fact-finding.) Anyway, I've met Shooter Jennings. I'm 5'8" and he's a little shorter than me. Brian Kendrick is listed at 5'8". Wrestlers famously add an inch or two to their broadcasted height. So, Shooter and Brian are the same height. They also have similar builds, though during his appearances as Brian Kendrick, it appears that Jennings adds a bit of muscle mass. Hmmm. It's all coming together.

I looked up their ages on the Google machine. Shooter Jennings is 37 years old. Brian Kendrick? You guessed it! 37 years old. Wow, I might get a Pulitzer for this.

Shooter Jennings is a huge wrestling "fan." (Fan, lol… he's a card carrying employee of Vince McMahon's wrestling empire!) Shooter has been to Wrestlemania. He's buddies with Curtis Axel, Kane, and Goldust, and probably some of the other dudes. This is a very convenient front to explain why he spends so much time with the WWE crew, but we know the truth!


Brian Kendrick carries a pirate flag with him to the ring. 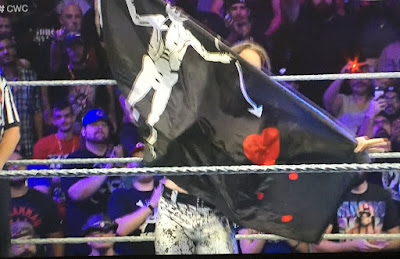 This flag is very similar to the one Sturgill Simpson used in promotion for his current album, A Sailor's Guide to Earth. 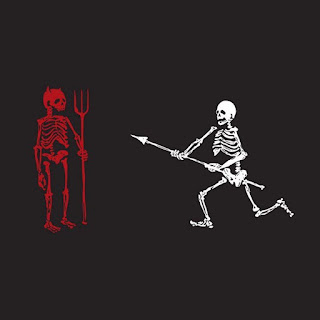 Shooter Jennings is friends with Sturgill Simpson. So as you can clearly see, Brian "Shooter" Kendrick consistently shouts out his compadre Sturgill as he makes his entrances for wrestling matches. I don't see how anyone could dispute the obvious at this point, but we'll continue.

Wrestlers have feuds. These are long-running public arguments over differences in opinion, girlfriends, misunderstandings, and other subjects. Brian Kendrick has had feuds with John Cena, TJ Perkins, Rich Swann, El Generico, and many more. Shooter Jennings has also had several well known feuds. Pop-country artists, Hank 3, John Mayer, Triggerman... the list goes on. And despite Shooter's love of professional wrestling, I've never seen a photo of him with John Cena. What more do you need?

Now, I didn't bother comparing the schedules of Jennings and Kendrick to see if they had conflicts, or asking either of them if they were the other, because circumstantial evidence is enough for me, as it should be for you. 1+1 is 2. There can be no further doubt.


Oh, you have further doubts? Well, they've never been seen together. BAM!

-----
Exposé by Trailer
The latest nonsense from Farcer at 9:00 AM 1 complaints