Road Dispatch: Jonathan Tyler at the Tabernacle in Atlanta, Feb. 6

By Kevin Broughton
These can be tough times for the independent, professional musician. Without a label’s support – and the bill that inevitably comes due for up-front money – an artist might find himself playing to a room of six people; then it’s on to the next town with no guarantee there, either.

Jonathan Tyler – who’s been steadily grinding while putting the finishing touches on his next album – was recently presented an opportunity from an unlikely source, a chance to gain exposure to new audiences without taking a financial hit.

Those familiar with Tyler’s work might raise an eyebrow when they hear he’s opening for Midland, a mainstream country act on the Big Machine label. It actually makes perfect sense.  “It’s a cool opportunity, because I’ve become friends with these guys in Midland, and it might lead to more things down the road,” he says. It’s the second long weekend of three in this mini-tour. “Last week was Boston and New Jersey; this weekend is Atlanta, Huntsville, Ala. and Baton Rouge.”

We caught up with Tyler over spaghetti and Budweisers after his sound check. In a couple hours, he’ll open the show at the Tabernacle, a historic and iconic Atlanta venue. And he’ll light the place up, rocking out a 30-minute set for the capacity crowd of 2,600 with the help of drummer Josh Greco (formerly of Austin’s Uncle Lucius.) Oh, and Midland drummer Robbie Crowell – who’s dabbling in bass guitar – joined them on that instrument for a couple songs.

After the Baton Rouge show Saturday, it’s back home to Austin where Tyler will put on his producer’s hat and record Jeremy Pinell’s next album in the studio he’s built in his house. He scored a Jack Daniel’s commercial last fall, enabling him to make upgrades. “I keep re-investing everything,” he says. “I did something for Camel cigarettes last year, too, and several other corporate music-production jobs. The Jack Daniel’s spot was such a huge opportunity for me, and I’ve bought more microphones and a bunch more gear.”

On the Midland opportunities, present and future:

“It’s been really nice. They’re letting me ride on the bus; they’re giving me enough money to make a little bit. It’s a good thing, to go on tour and not lose money. It’s a little early to be thinking about it, but I feel like we’re getting close to that point – where we might look at producing a cut, or helping them write a song on their next album. I’d love to do that.

“Right now a three-week thing. It might turn into more. Maybe they’ll ask me to do more dates.”

On expanding his in-home studio:

“Now I’m able to invite other artists into my house and make music with them. It’s a win-win, all the way around.”

On producing and engineering for Jeremy Pinnell:

“I met Jeremy through a friend and got to check out a few of his shows. He’s just out there grinding, playing three or four shows a week, driving from town to town. Jeremy’s really putting in the hard work, and his band has gotten so tight. He’s another one of these guys who’s just so good, but gets overlooked by the modern country ‘business.’ So I wanted to help him out and make music with him. We’ve already done a lot of pre-production. So he and his band and I are just gonna track a bunch of stuff live; we’ll try to get it all done in five days. It won’t be easy, but those guys are real musicians, man. They can play. And Jeremy’s one of those blue-collar guys. I really respect his work ethic.”

(Note: as of press time, Pinnell & his band were on their way from Austin to Little Rock for a Valentine’s night show. “No title yet,” Tyler says. “But it’s gonna be really good.”)

On the release of his album, the follow-up to 2015’s Holy Smokes:

“I’m trying to figure it out. I made the album on my own – self-financed – and it wasn’t cheap. So I’m sorta out of money right now. I may just self-release it into the vacuum. It’d be nice to have a record label, but these are tricky times; I’ll probably just start releasing individual tracks on my own, directly to Spotify, Apple Music and the other outlets in March because I just can’t wait any longer. I would say that the entire album will be released by the summer time.”

“The new Drive By Truckers album may have been financed by the Chinese government. I really don’t know.” 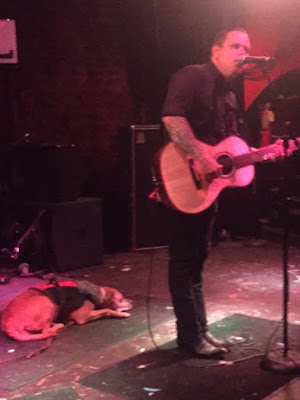 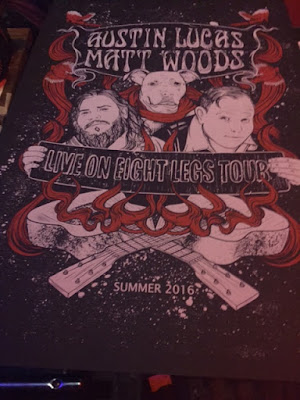