You don't want to listen to this, but you can if you click here.

It’s been a busy year for me with bake sales and car washes and mission trips, but Trailer has me back to review this? I’ve only been gone a year and country music has devolved even further than I thought possible.

First of all, I played this song for some youth in my church and they all said it was “all the cringe.” They also said that it was a janky old dude trying to get invited to the cookout. While I don’t always understand the slang of the younger generations, I will say that they were spot on with their observations. So clearly, this is not a country song, yet it’s on the country chart on the iTunes. Therefore, the Zac Brown Band is ‘straight up lying yo,’ and even toddlers know lying will put you on the fast track to Satan’s cookout, where everyone is invited.

Next of all, I quickly found out that this is a song about idolizing the sexuality of the female form. That is, I found it out after the part where Zachary was spouting on about his materialism. Already, we’ve got three sins catalogued in this ‘sus’ musical work. The Lord is ‘collecting receipts’ and the Zac Brown Band is surely indebted.

Even I was cringing at the part about hips riding little dimples. Bless it. If he’s going to be lustful, why can’t he stick with the tried and true lady parts to get excited about? That seems like what they call fetishism, which is probably a sin too, but I’m not sure how those niche weirdisms work. God will sort that all out. 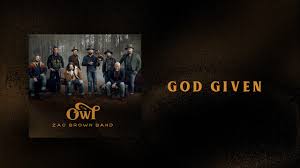 Obviously I don’t like the title and hook of this song. Using God’s name so closely in the song with the word “damn” is not quite taking the Lord’s name in vain, but it’s close enough to feel the waves of heat pulsing through the wrought iron gates of Hades.

In summary, I wish Trailer’s email about this song was ‘left on read’ and I do not “Stan” this song. Side note: one of my congregation members is named Stan and he doesn’t seem to like anything, so that’s quite ironic, don’t ya think? Anyway, please avoid this song; it’s bad for your soul, and possibly worse for your ears and brain. Peace out.

F
The latest nonsense from Farcer at 9:00 AM 0 complaints 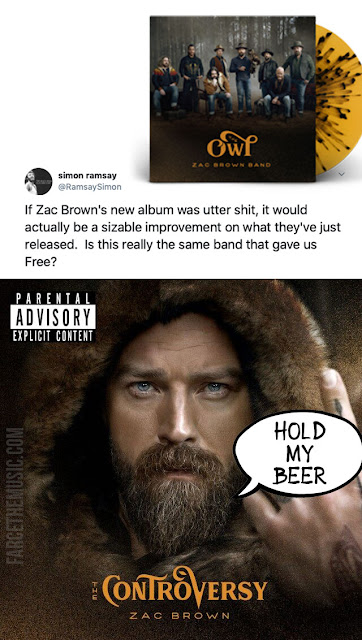 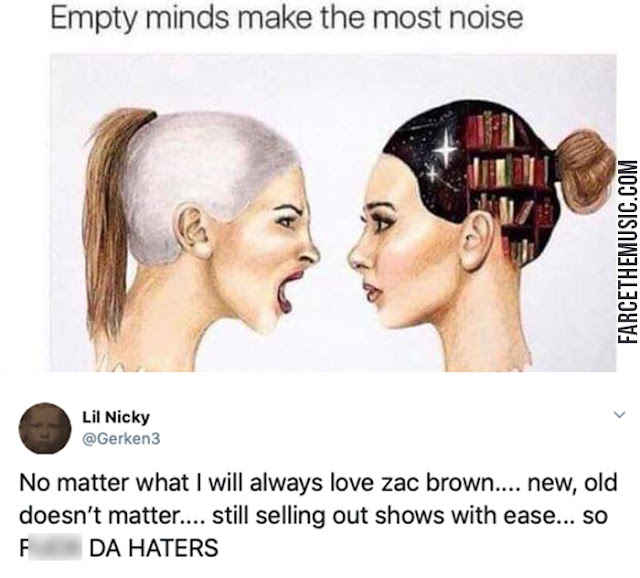 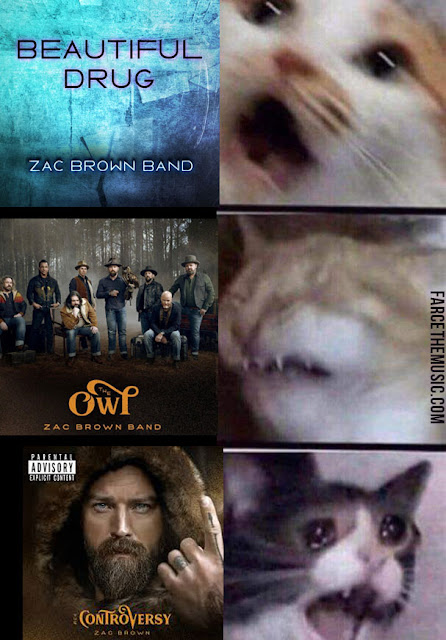 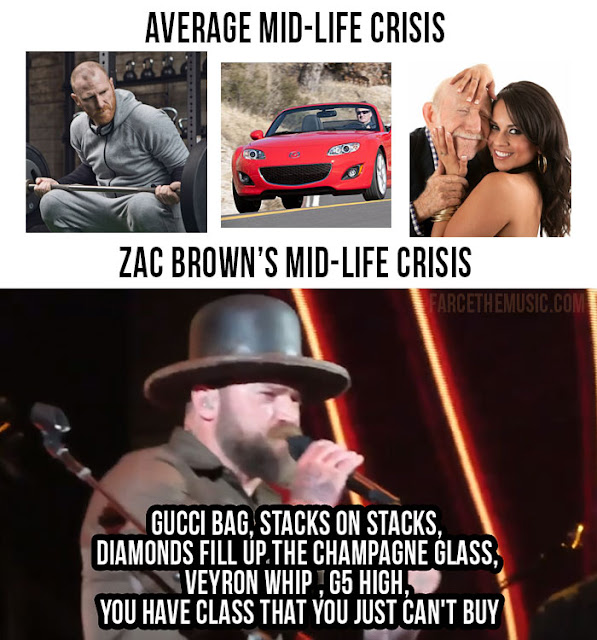 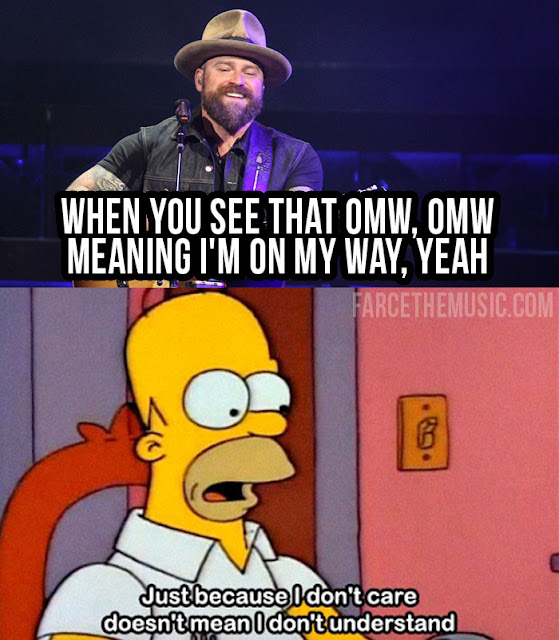 Links to this post
Email ThisBlogThis!Share to TwitterShare to FacebookShare to Pinterest
Labels: memes, Satire, The Owl, The Simpsons, Zac Brown Band 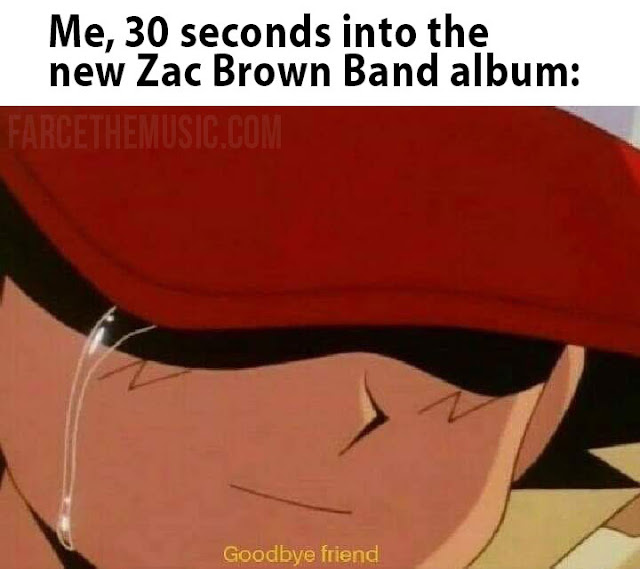