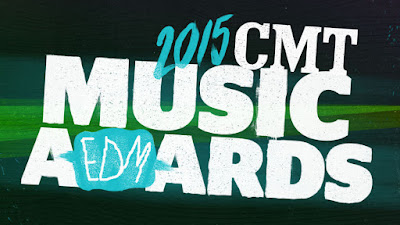 9. A joke about tomatoes within the first five minutes

8. David Spade as Joe Dirt being one of the most actually country things/persons on the show

7. Shitheads, douchebags, assholes, and other various and sundry vulgarities

6. The continued assumption that because 25 year olds have rap, EDM, rock, pop, and country on their phones (because certainly, people as old as me couldn't possibly have varied tastes and access to modern technology), they'd like to hear all these genres at the same time

5. The wildly entertaining spectacle of a Russian fellow pushing buttons on stage

3. Sam Hunt looking happy and confident because he truly
isn't the least country act on the show for a change

2. Awards handed out for something called "videos" - apparently these are recorded visual representations or performances of songs, and it seems CMT once showed these frequently

1. Two creepy bastards performing a song about boomboxes and Alabama
(and trucks, hotties, dirt roads, and drinking)
The latest nonsense from Farcer at 10:30 AM