I think Trailer is punishing me for not writing many reviews this year. This is probly the worst song that has ever been recorded. Not that I've listened too it. I don't get paid enough to listen too a Luke Bryan song. In fact, God could smite me on the road to Tuscaloosa and say "you must listen to Luke Bryan to get too Heaven" and I'd be on the first Greyhound to visit uncle Satan. 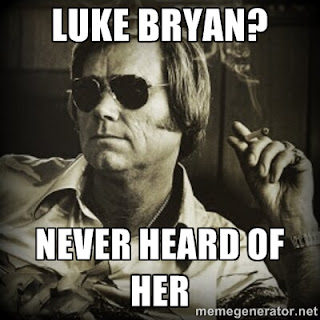 Merle, George, and Waylon should rise up and kick Lukes ass then go piss on those varies named Florida-Georgia Line. I would kick his ass but he's got a personal trainer so he probly can bench a little more than I can and I been down in my back a little. Still, he deserves a steeltoe in his anus for all what he's done to country music.

I guess I'll take a look at the lyrics and let you know what I think of them. HOLY SHIT! Trailer says I can't make homo-phobic jokes on Farce the Music or I'd put one right here:_____________________________. Just believe me - these lyrics are fruity as Toucan Sam. That's what thought to shoup the hell up. Probably lives in some high rise downtown condo lmao. 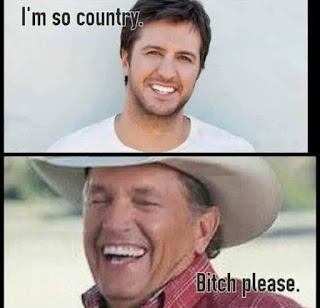 "Move like you do, All sexy and smooth" what the hell, man? Anybody knows that a real country man ain't gone talk to his woman like that. And he keeps spelling out words. His fans are to stupid too know how to spell? LOL. I'm not surprised. If your dumb enough to listen too pop country, theirs no telling how low you're IQ is. 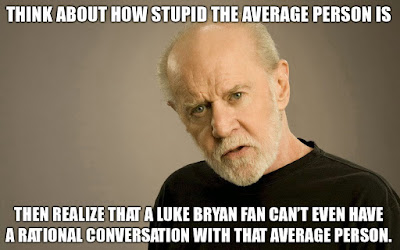 In summeration, this is not a country song and it sucks ass. If you like it your stupid and our probly voting for Hillery Clinton lmoa. Get some real country in you're life like C0E and BO-CEPHUS AND TAMMY TUCKER!!! Luke Bryant is garbage. I'd rather fart in a gas fire then listen to his "music."
The latest nonsense from Farcer at 10:30 AM