Florida-Georgia Line? I stopped their to take a piss one time. LOL, that gets me every time. Bebe Rexha? That sounds like "baby erection," which is disgusting. I imagine this song is pretty disgusting to. I wouldn't know - I didn't listen too it. 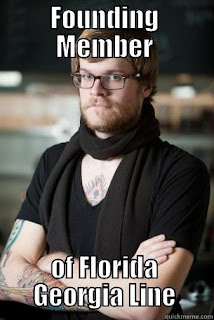 Look, as much as I hate country radio now, I used to listen to it back in the early 2000's before it got all metrosexual and whatnot. So, I get tired of all these pop singers putting songs on country radio and all these damn "country" jackoffs putting out pop songs. I mean, stop shooting a dead horse. That shit ain’t country. It’s pop or white boy hip hop. Or white girl in this case. 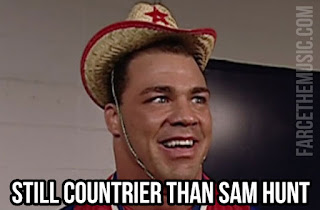 Two be fair, this chick is pretty hot. I'd bay bay her rexha if you know what I mean. But that don't matter, cause her music sucks. I haven't listened to it, but all pop music is shit. Ask me if I like any pop music? No sir. Not even the Beetles. Their shit.
Luke Bryan, who's she?

Those so called men should be ashamed to call themselves country and radio stations should be ashamed to play there music and call it country! Their ain't nothing country about this song even though I've never heard it. It's just too ballsacks and one pop princess singing a love song about how much they miss Obama or something. I ain't down with that, son! 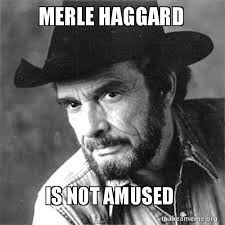 If you like this song you probably eat Tide Pods on the way to the Women's March while kneeling for the anthem. I mean that. There disrespecting country music which is the same as burning a flag on my mama's kitchen table while praising Satan, as far as I'm concerned.
The latest nonsense from Farcer at 10:30 AM