I didn't even listen to this. Chris Stapleton is just Luke Bryan with a beard. In fact, did you know he wrote a song for Luke Bryan? My God people - is this your country music savior? He also wrote a song for Thomas Rhett. If that's not enough for every won of you too not listen to him, you ain't a real country music fan like me! He also sang a song with Justin Timber Lake. Cringe city! 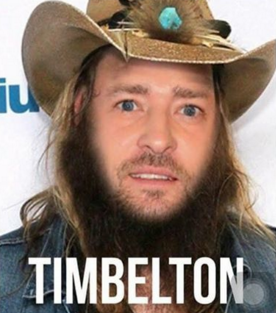 Seriously get the f*** out of my face with this guy. They play him on the radio, so he can't be very good. And they only play pop music so Chris Stapleton is a pop singer, plane and simple. I won't even listen to any of his music too see if my opinion is wrong, because it isn't. Somebody told me he was in a bluegrass band one time. Bull Shit! This fake ass wanna be doesn't know a banjo from a you calalee.

I bet he's a liberal to. If you're hair is longer than a nice business cut, your probably a socialist hippie commisexual. I wouldn't listen to him unless are president himself came to my house and played him and even then I'd have to think long an hard about it.

This song is called "Millionaire" because it's about what he became off of you sheep! Just because Farce the Music likes Chris Stapleton, doesn't mean anything. Trailer likes Jamey Johnson to and that guy wrote "Honky Tonk Badonkadonk." LOL, fake ass. 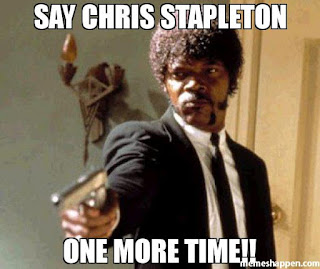 It's easy too know if your listening to real country music because if their's any instruments beside a steel guitar and an acoustic guitar are a fiddle, its not real. In fact, the ideal country music would be just a guy on death row (white) twanging a spring on his bed singing about a woman who done left him. That's real motherf***ing country music.

In somarry, this song is bad and your bad if you like it and I don't trust you're opinion on anything.