Ayyyyeee, it’s been a while but I’m back! Been going through some stuff but I think their going to let me off with probation.

Anyway, Trailer got me reviewing this new George Straight song like he’s doing me a favor. I know he’s supposed to be the king or whatever, but he’s just a pretty boy too me. Women talk about how good he looks in his jeans… you know who else they say that about? Luke Bryant! Same thing to me. Ain’t neither one of ‘em gonna sing you a song about roping steers on the western ridge while hoping nobody finds you’re wife’s body in that ravine you left her in. That’s real country!!! Not some shaking it or getting carried away bullshit! 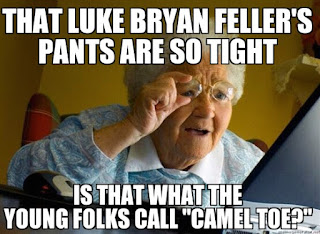 George Straight can’t even write a song. What a fraud LMAO! Claims to be authentic but than he sings another man’s words? I can’t have any respect for a “supposed legend” like that. Good honest writers live there songs and then they write about it. Like Colter Damn Wall! I know he spent many a night sleeping on the hard ground with a dead rattlesnake as his pillow. He wrote his own songs so you know that’s true. George on the other hand spends his nights in silk sheets in a five million dollar house with his Prius parked outside. What a joke! Might as well be Florida-Georgia Line too me!

If I met George Straight, I’d spray him in the face with a full can of mace. He’s as much too blame for country being shitty now as Garth Brooks and Randy Travis (another pretty boy who didn’t write every single song by himself like your suppose too!). 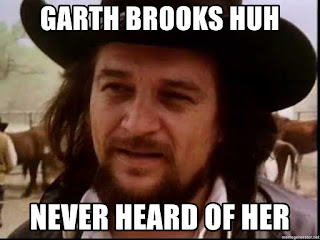 I didn’t even listen to this song. I guess it’s about how he likes too drink fruity cocktails and play parcheesi in the upscale bars he visits when he’s trying to sell them his Codigo tequila. He’ll probably stand up on a stage in Las Vegas, not playing his guitar, looking all handsome and singing another man’s song and make another million dollars to put in a Starbucks for his horses or some shit. This guy sucks. 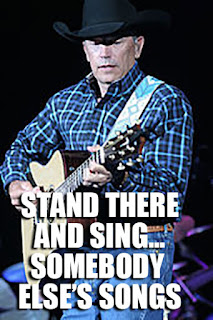