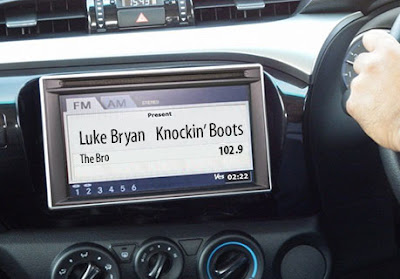 LAFAYETTE, LA —Local mainstream country radio station 102.9 WBRO (“The Bro”) announced Thursday a new programming direction wherein its radio hosts would be instructed to select from a list of twelve different songs, up from the usual eleven—which was already 3 songs higher than the industry average.

“After much research, we’ve decided to add Maren Morris’ ‘Girl’ to the rotation. We know we’ll get some push-back here, but we believe the numbers make sense and also there was a company directive that forces us to add one woman to the playlist,” associate program director Jess Staten said in a statement Thursday.

“Of course, we’ll still be playing the other eleven songs over and over and over again—we just really wanted to stand out from the pack by adding one more to the rotation,” he noted. “But the staples like Thomas and Kane and Morgan and uh Morgan and that song where the guy says something kind of pervy about a girl… those will all remain.”

According to Staten, the move was part of a broader initiative to challenge what was possible in the mainstream country radio arena, and to inject a new level of variety into the station’s already adventurous eleven-song playlist.

“I hope this gets all the SJW’s and feminists off our backs” he added.

—————
This story blatantly plagiarized and adapted from this Babylon Bee story.


The latest nonsense from Farcer at 9:00 AM