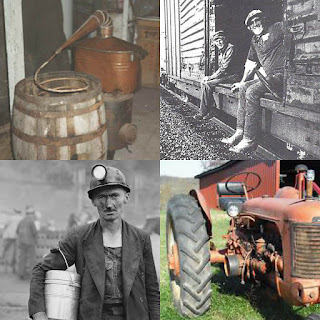 Almost as quickly as they’d flipped the ideological switches 4 years ago, Americana artists this week returned to familiar pastures, turning their attentions from Donald Trump to subjects more native to the genre. Just like that, well-meaning but sometimes overwrought protest anthems were replaced by the sweet sounds of murder ballads and odes to ghost cowboys.

Some 35 new singles showed up in this writer’s Spotify Release Radar this morning from roots and folk artists, nary a one of them mentioning a “Cheeto” or border walls. Almost as if some dark cloud lifted from their minds, the lyrics of their songs suddenly saw tractors plowing the earth, drunks lamenting their lost loves, and coal miners praying for salvation on their death beds.

Jason Isbell began work on his promised album of Georgia artist cover songs, even finding himself jovial enough to cover Charlie Daniels’ “A Few More Rednecks.”  BJ Barham of American Aquarium announced that his band was working on a new EP completely themed around North Carolina State’s signature wins in football (may have to be reduced to a single IMO). Even Will Hoge cracked a smile, vowing to release an album of songs about old pickup trucks and moonshining this March.

For his part, country and Americana legend Steve Earle was way ahead of the curve. “Oh I knew the emperor’s end was coming and it was time to get back to what we do best - and that’s singing about things from the 1950s as if they’re still relevant.” Indeed, Earle’s last 4 albums have been either covers or songs about trains, mining, and medicine show barkers.

At press time, producer Dave Cobb was booked from now until Labor Day 2023. Americana is healing.