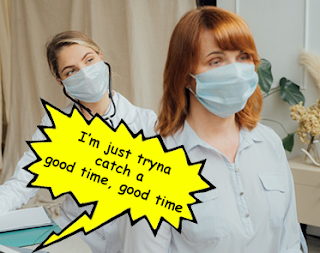 When patients come in complaining of sleep issues or constant tiredness, somnologists have many options. Sleep studies, diet and exercise changes, medication, breathing machines, and many other methods help doctors remedy those in their care.

Lately, many sleep doctors are turning to an unusual therapy to cure insomnia: country music. Well, modern mainstream country radio, to be more precise. Studies have found the popular genre to be effective in nearly 72% of cases overall.

Dr. Lenox Knox of Chicago was the first sleep specialist to discover the unlikely health aid. “I had a patient in my waiting room who told us he hadn’t slept in 4 straight days who was sound asleep.” said Knox. “We were playing a satellite country station over the speakers… I believe the artist was Dan and Jay or something like that.” “Long story short,” he continued. “We did a mini study on the patient, removed all other variables, and it was unquestionably the pop-country music that cured him.”

While official clinical trials are yet to take place, several of Knox’s associates report similar success.

“We had a woman who was unresponsive to medication who basically passed out on the examination table when we played her the latest song from an artist called Niko Moon.” said Dr. Terry Temple of Shreveport. “We’re discovering that it’s not country music in general that is causing this effect on her and other patients, but specifically the style that is currently popular on mainstream radio stations.”

“With mid-tempo “vibe” oriented soundscapes dominating the format right now, our patients are honestly just bored to sleep,” said Knox. “To put it un-clinically, their minds just shut off due to the drudgery and sameness.”

When questioned about why the style of music was so effective in helping the sleep-challenged resume a healthful pattern of rest, Temple theorized that “it’s the lack of sharp ‘real’ drum sounds, the sonic malaise of similar tempos, and the unchallenging subject matter, but that’s just a guess; I don’t mean to blindly group Kane Bryan, Dick Russelton, and all those other artists together.”